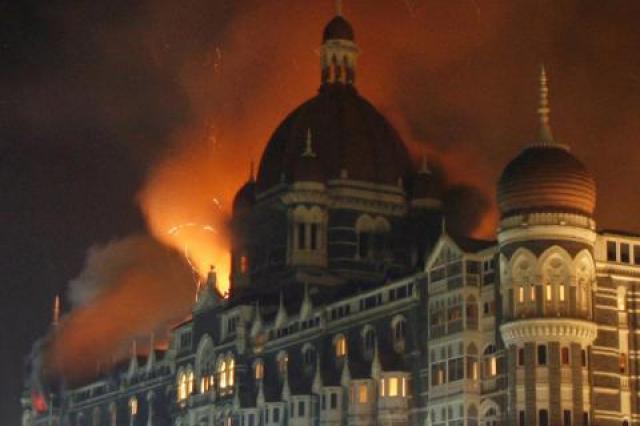 Mumbai, India (GroundReport) – Indian television is reporting that there is just one terrorist left in the Taj Mahal hotel, Mumbai.

Reports clarify that there are no more hostages at any of the locations that were seized by gunmen – Oberoi, Taj, and Niariman. However, the Police Commissioner of Mumbai has said that there may be people who are still stuck in their rooms. So, security forces will have to go and get people room by room in all of the buildings to ensure that there are no more people left in these buildings, reports NDTV.

Another clarification that was made in reports say that ther is stll exchnage of gunfire at the Nariman house. And the Police Comissioner has confirmed that they still have to secure another floor.

Emerging reports and live telecasts show fresh fire at the Taj, and a fire that has broken out at the first floor of hotel. The Police Commissioner said in an interview that the terrorist is firing and throwing hand grenades at the security forces, reports Indian news media.

Filed under: Politics, World
Share Tweet Pin G Plus Email
previous article: Dhoni is a Better captain than Malik – Yousuf
next article: Mumbai Terror Attack:Nariman House operations not yet over