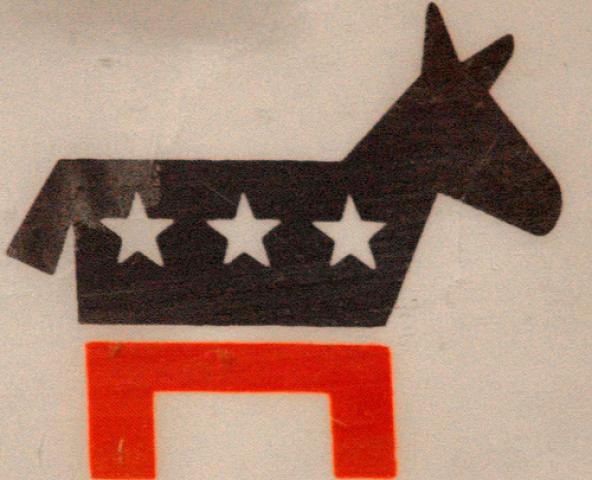 I’ve been watching a parade of slapstick worthy of the Keystone Kops lately, but it’s not on Vintage Movie Night – it’s in Washington DC. Hapless doesn’t even begin to describe it.

It might be the FISA cave-in in the Senate. It might be the Karl Rove impasse with the House Judiciary Committee. It might be the statements from Iraqi Prime Minister Maliki and others in his government including his national security advisor that it?s time for a US troop withdrawal, or at least for a timetable for withdrawal to be set – about which the White House naysays and Congress remains silent. Or any number of other issues. Actually, there is no "might be" about it. These problems ARE all present. Only one thing is not here, and there’s no "might be" there, either. There is no backbone.

There is NO backbone.  And if there was ever a time for lots of it, we’re there now. I’m thoroughly convinced that this explains the latest Rasmussen poll – in which Congress has now fallen from 11 percent job approval to 9 percent. NINE percent. It’s the first time in that survey’s history that the number of voters giving Congress good or excellent reviews has cratered so deeply – into single digits.

I’m so there. I’m invited to take polls online and on the phone fairly frequently, and my built-in wish to grade the Bush administration far more poorly than a now-Democratic controlled Congress (mainly because I’ve long considered the Bush administration worse than anything else) is no longer active. I can’t give Congress A’s or B’s when I’m repeatedly convinced that they’re earning F’s. Even F’s are sometimes too good. How far down the alphabet do I go? Certainly way down past even W, these days.

My kingdom for a backbone. Any backbone among the Dems. Any at all. At this point, I’m not proud. I’ll take anything. This is the time they should be flexing their muscles like nobody’s business and seizing the momentum. After all, we have a White House occupant with lower-than-low approval ratings – so dismal that Bush?s biggest fan and would-be heir, John McCain, shrivels from him in revulsion and goes virtually Cirque du Soleil in twisting his schedule in knots trying to avoid being in the same zip code Bush is in. So dismal that Republican stomachs are tied in knots wondering what they’re going to do with the Toxic Texan at their upcoming convention – when almost nobody wants to admit they’ve even heard of the guy.

Furthermore, every poll that tracks whether Americans think we’re on the right or wrong track now shows resounding, near record-breaking numbers leaning hard in the "wrong track" direction. The latest from AP/Ipsos, for example, finds a measly 17 percent of those responding think we’re doing okay as a nation.

If EVER there was a time to show backbone, and buck the White House and all its apologists and excuse-makers and cover-up cronies, This Is It.

And yet, they won’t.

Why? Are the Dems still that intimidated? Afraid of being lambasted as unpatriotic? Un-American? Soft on terror? Not supporting the troops? Won?t the opposition slam them for all of that ANYWAY, no matter what they do or how much they capitulate or otherwise try to make nice? Why not just go for it?  What have they got to lose at this point? They can?t go much farther down into the sewer than nine percent approval.

Americans crave leadership. Leadership that will pull us off the wrong track and back on the correct path where we belong. We’re longing for strength of character and conviction. Fearlessness. Guts. Whether the GOP juggernaut tries to swiftboat it or not. Voters never seemed to mind when George W. Bush repeatedly told them – "you may not agree with me, but you know where I stand" while campaigning for another four years in the Oval Office. So where do the Democrats stand? Firmly and courageously in defiance of all that’s evil, criminal, and unconstitutional – all of which has been forced down our throats by Bush/Cheney and all their little Republican friends? Or are they still trying to go along to get along?

Curiously enough, I noted an item about Senator Patrick Leahy’s cameo appearance in the new film "The Dark Knight."  In the scene, Leahy appears next to the late Heath Ledger as The Joker.  Leahy can be seen standing up to the villain with the macabre grimace on his face, and declaring "we’re not intimidated by you thugs."

Well, I guess we found our backbone, alright. Up front and dead center against a cartoon villain in a summer blockbuster. It’s there in a fictional confrontation on America’s cinema screens when it should be playing in reality on CSPAN and every newscast of record, every day and night. It’s scripted by Hollywood screenwriters, when it should be the easiest adlib that ever tumbled off a Democrat’s tongue. We can work up a spine when it’s playing pretend.

When will we start seeing Democratic backbone – for real?