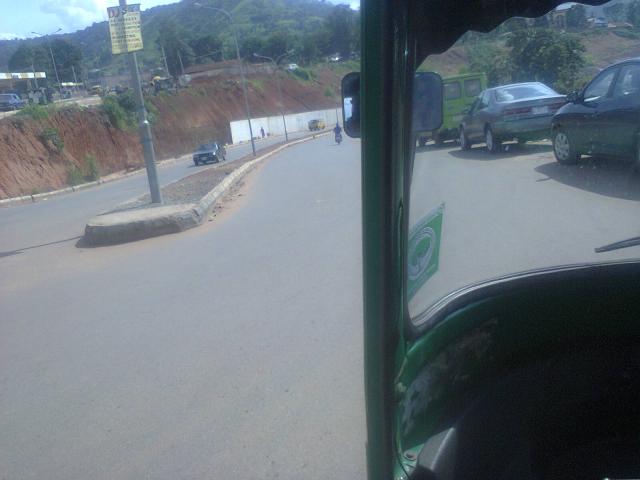 Your Excellency, I want to commend you for the unparalleled infrastructural projects, especially in the area of road construction both in urban and rural areas which you have bequeathed on Enugu State not to mention other roads that are still under construction.  The reading public, inhabitants of Enugu State as well as visitors to the state can testify without fear or favour the good work you are doing.

Enugu metropolis  today have  roads built with green verges, pedestrian walkways, drainage systems, street lights and bus stops powered by solar-energy lights, all thanks to the development oriented personality of the man at the helm of affairs in Enugu State, Mr Sullivian Chime. This writer, having being away from the state for the past five years, was elated seeing the unprecedented democracy dividends being bestowed on the coal city, the former capital of the eastern region.

School children now board the state government buses free of charge to and from school though there may be some discordant views to this. In addition to the above, there is at present about 680 coal city cabs and shuttle buses offering internal transportation services to commuters, Public Private Partnership which ushered into the state world-class investment stores such as Shoperite, Game and Max which have not only helped in providing employment for the unemployed but have strengthened the state’s image in terms of commercial tourism as residents of neighbouring states come to make one purchase or the other at the stores.

Other areas the chime led administration is positively giving uncommon facelift to include; renovation of dilapidated school structures, provision of Ambulances and medical emergency response personnel in Enugu State which is under its Medical Emergency Response Scheme, recruitment of 2000 teachers for secondary schools and an additional 2000 volunteer teachers to fast track its Volunteer Service Scheme, a scheme whereby retired but not tired teachers are engaged based on personal volition in order to increase and complement the inadequate  number of teachers teaching in the state’s schools ,provision of brand new tractors to encourage mechanized system of farming to add vim to the revolution going on in the agricultural sector etc. These deeds among others not mentioned herein have in no mean measure, endeared many to the Chief servant in Enugu State. It is left for doubting Thomas’s to verify the above position by visiting Enugu. The truth is the governor will be leaving the state far better than he met it.

Having said these, it is important to draw the attention of the governor to the plight of silent minority of his people who feel they have been neglected and treated unfairly in the fair award of road construction since 1999 to date and the execution of same. They have continued to wonder what their offence is, that they are neglected and treated as though they were not in the map of Enugu metropolis. Residents of Umuchu, mount, Ilofranco, nnajiogbodo, and ozobu streets among others, view it as ironical whereby other streets roads near them have been constructed by the state government, theirs seem to be overlooked by the government they overwhelmingly cast their votes for.

Speculation in one of the streets which patiently wait and hope to benefit from the Enugu state government’s dividend of democracy has it that a prominent family who lived there and featured in the former Governor Chimaroke Nnamani ‘s administration pocketed the fund which was meant to construct the street road. Many living in Umuchu Street today feel this may be the reason the street has been neglected by the statement government. If this be the case, I earnestly appeal to the development-oriented Chief Servant at the helm of affairs in the Coal City to reconsider his stand and remember the inhabitants of the above streets. If you can do a wonderful and magnificent work at Akwata near Ogbete Market through the Arab Contractors, a world class construction company handling the state’s road construction the above street roads are easy to execute.

As you remember the above streets among others, may God continue to endow you with the needed wisdom to affect positively the lives of your people and residents in Enugu state, so that by the time you leave the government house you would have left your footprint in the sand of time and thus be remembered by posterity.  Well done the Chief servant.