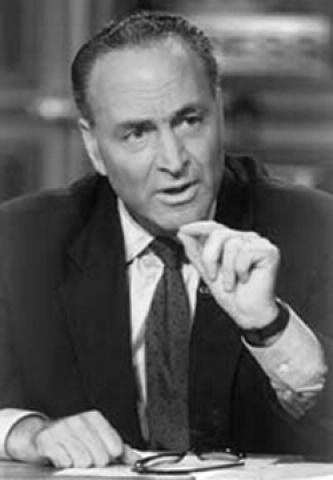 Energy independence continues to be the most important strategic issue facing the United States, even in light of the current drop in oil prices.  Imported oil is slowly bankrupting the country and funneling money to states that do not share our core values; i.e., we are financing our enemies.

I believe that the solution is a tariff on imported oil and its derivatives.  Such a tariff would phase in over seven years to give consumers and  businesses time to adjust to higher energy costs.  A possible target would  be $100 per barrel crude oil or its derivatives by 2016 – inflation adjusted.  $100 per barrel roughly equates to $3.50 per gallon which is the tipping point at which consumers start to conserve because an average tank of gas is above $50.

I believe that a tariff on imported crude is a better solution to energy policy than a tax on consumption.  It would solve a number of policy issues simultaneously.

By putting a price umbrella over energy prices — phased in over seven years — businesses would be incented to invest in projects based on alternative or high efficiency technology; a tax on consumption would not create the finanical incentives to create an alternative energy infrastructure, because as conservation kicks in wholesale energy prices would weaken.  Wholesale price stability or certainty is a much more efficient way to promote alternative or high efficiency energy projects because it materally lowers risk and hence the cost of capital.

A consumption tax could lead to a collapse in both demand and energy prices that would eventually lead to energy shortages and a new boom / bust cycle.  John D. Rockefeller understood that boom / bust cycles are inherent in the oil industry.  The Texas Railroad Commission was created as the first mechanism to control crude oil prices by balancing production and demand.  OPEC is modeled on the Texas Railroad Commission.

More investment in alternative or high efficiency energy projects would create the foundation for US leadership in this industry of the future and result in the creation of high quality jobs.

The other advantage of a tariff on imported oil versus a consumption tax is that domestic producers will be incented to development and operate more high cost domestic oil fields, which would further reduce our dependence on imported oil.

By phasing in the tariff over seven years, consumers would have enough time to get their money back from their current ‘bad’ investments in energy inefficient vehicles.  As we have seen, a collapse in used car and truck prices is devastating to the American household.  Consumers would know that gasoline prices are going up and would be incented to buy more expensive and more efficient vehicles in the context of a normal upgrade cycle.  The auto industry would also have the time to recover their ‘bad’ investments in inefficient vehcile production; such bad investments were caused by the extremely low gas prices in the early part of this decade.

Finally, the Federal Government would reap a windfall in tax revenue — especially as global oil demand moderates and prices  decline as the American consumer is trained to be more fuel efficient.  This money could be used to reduce the deficit and/or invest in new energy efficient infrastructure.

Thank you for considering this idea.