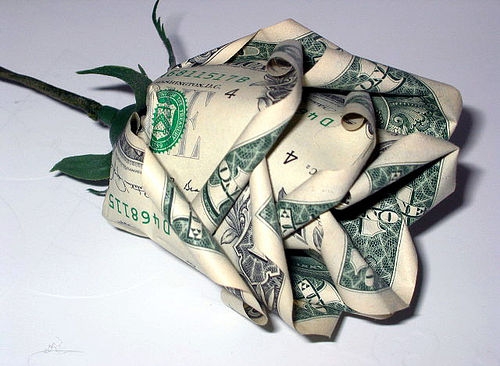 About 50 million Americans have added their original content to the Internet’s bounty. Most haven’t seen a dime.

Five of the ten fastest growing brands on the Web rely on users for content. Most, like MySpace, Flickr and Heavy.com, do not pay their contributors. But the tide may be changing towards systems of compensation. Interestingly, citizen journalism sites are leading the paradigm shift and main-stream media organizations are taking these as small cues.

With the notable exception of video marketplace Revver, citizen or ‘open journalism’ ventures are showing the greatest innovation in business models that compensate contributors.

It makes sense-they’ve ‘opened’ up every other aspect of journalism, from researching to editing and writing, why not the revenue too?
(Disclosure: This very question compelled me to found GroundReport, an open news site with revenue sharing, in June 2006.)

If a multitude of sites offer effective tools for uploading and sharing content, a distinguishing factor may soon be the rewards they offer back to their lifeblood: contributing users.

One way to categorize the different systems is to divide them into fixed and fluid models.

Fixed models offer a flat rate or one-time payment for content. Fluid models are dynamic and scaling; user earnings increase the more traffic, popularity or, in some cases, referrals their content produces. And some use a hybrid model, doing a little of each. Here’s a look at the landscape, from A to Z.

BlogBurst
Owned by Pluck Corporation, BlogBurst is a selective aggregation and syndication service that connects qualifying bloggers with big online publishers. Bloggers who make it into the top 100 get a quarterly payout between $50 to $1,500 – details are here. BlogBurst just announced a strategic alliance with Reuters that will connect it with Reuters’ 3,000 media partners. It’s already paying off; BlogBurst reports that “views of blog posts have more than doubled” since syndication with Reuters began.

Current.tv
This independent cable and satellite channel, backed by Al Gore, offers viewer-created content (“VC2”) that is surprisingly good, and feels refreshingly spin-free. Most features are documentaries, and Current.tv pays flat rates from $100 for mobile phone footage to $1000 for a commercial advertising one of their sponsors. Most feature programming on Current.tv is known as ‘pods’, non-fiction shorts 3-7 minutes long that command $500 – $1000 per piece. NewAssignment.Net recently had a Q&A with Current.tv ‘Futurist’ Robin Sloan about how the site maintains steady contributors, you can see it here.

NewAssignment.Net
NewAssignment (NAN) is still in development, but founder Jay Rosen says it will be based on a gift economy. Essentially, the citizen micro-payments propelling projects will go to the people who manage article execution. Specifically, a wider base of citizen researchers will contribute on a voluntary basis, and a seasoned editor (or editors) will be paid to “bring the project home.” Actual earnings are for NewAssignment.Net are not on the horizon, but big names in participatory media like Craigslist founder Craig Newmark and Reuters, investing $10,000 and $100,000 respectively, have given the endeavor their seal of approval and a financial boost.

Google
Not quite citizen journalism per se, but as the true trailblazer in rewarding content creators-as in site publishers, not uploaders-Google merits acknowledgment. Google got it early on. Through its sophisticated ad serving program AdSense, site owners can get a cut of the advertisements they host. Ads are administered on either a cost-per-impression (CPM) ads or cost-per-click (CPC) basis, and payouts occur when at least $100 has been generated. Google maintains a number of resources to help site owners maximize their ad revenues, from the AdSense blog to optimization tips in AdSense Help.

GroundReport
GroundReport is an open news site that splits ad revenues with contributors based on the popularity of their articles. Nonprofits are awarded up to 100% of ad revenues for their articles. Now in beta launch, the site relies on advertisements from Google’s AdSense network, and payouts occur every time a Google check clears. In early 2007 GroundReport will implement its own advertiser-facing functionality, eliminating the Google middleman and hopefully increasing user earnings.

Newsvine
Newsvine is a community-driven news site that broadcasts news from both users and established outlets like the Associate Press. Contributors are awarded 90% of the ad revenues created by their articles, with the remaining 10% going to whoever referred them to the site. Newsvine offers a monster feature set and recently topped the English version of OhmyNews in Alexa rankings.

OhmyNews
Founded in 2000, Oh Yeon Ho’s OhmyNews established the citizen journalism category with the world’s first devoted website. To date, it’s also the most successful example, with over 44,000 contributors on its Korean flagship site. Writers can make money in two ways: by landing a headline on the front page, or through voluntary contributions from their readers and peers via the “tip jar.” Payouts for a top spot are about $20, converted from Korean Won. See the English-language edition here.

The list is not exhaustive, but the truth is that from the user perspective, no one’s getting rich yet. Apparently they don’t mind; contributors overwhelmingly maintain that their greatest motivation is simply having their voice heard. Wikipedia’s committed volunteer staff, for one, is proof of the sentiment.

But this widespread insistence on good-natured self-expression may exist because there is no model-yet-that delivers substantial rewards with a low barrier to participation. Participants in user-generated journalism thus far would be defined as early adopters, sufficiently inspired to contribute by the prospect of new media and its empowering communication platforms. As business models get sorted out and companies find new ways to compensate users, it’s possible that they’ll mobilize a previously dormant group of citizen journalists. If they do, mainstream open content sites will have to stand up and take notice.

Regardless, as broadband adoption increases and those 50 million contributing Americans gain peers, the space is only going to grow more fertile-and more crowded. User compensation rates could soon be one of the deciding factors that influence how and where an individual chooses to contribute online. If this happens, it may detract from the idealism that motivates sharing today, but it will empower users on a different level. User compensation could evolve open content, expand the contributing base and situate those idealist motivations on a foundation of real user recognition.