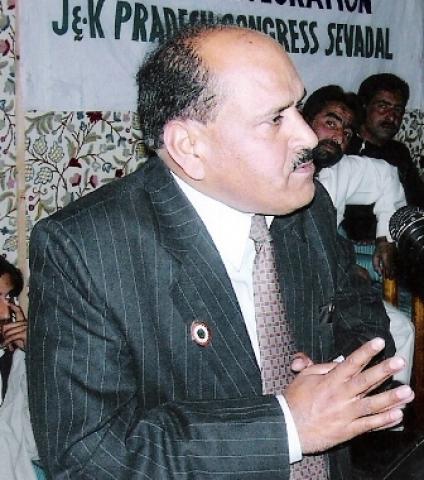 Jammu, January 27 (Scoop News) – Senior Congress Leader, Member AICC and former Minister Abdul Gani Vakil today lambasted at the opposition for not cooperating with Government to revive accountability commission and other commissions and thereby not interested in eradicating corruption both at political and Government level.

Vakil was addressing party workers at RS Pura and Chanderbagh in Jammu said that Congress is committed to uproot corruption and in this context Former Chief Minister Ghulam Nabi Azad has got anti corruption law passed in the assembly under which any official exceeds property to his salary will have to be attached to the State Government and such law does not exist anywhere in the Country.

Central Governments appointment of interlocutors for taking forward
mission of Congress – led UPA Government towards addressing
aspirations of people of all the three regions i;e , and Ladakh Vakil said.

Vakil expressed that those who are criticizing this move of Union Government including the separatists and leaders of a particular mainstream political party are seemingly unmoved by spate of killings in the valley.

"Time has come for them to understand their duty towards people of Jammu & Kashmir especially those who have lost their Kith and Kin," said Vakil. He underlined need for engaging ‘s interlocutors for Jammu & Kashmir into a fruitful dialogue which could later pave way for rebuilding and cementing faith of people in the democratic set up.

While adding that UPA Chairperson Smt. Sonia Gandhi and General Secreatry Rahul Gandhi are both keeping a close eye on the emerging situation in the valley? Vakil further said that Congress led UPA Government would leave no stone unturned in resolving the issue.