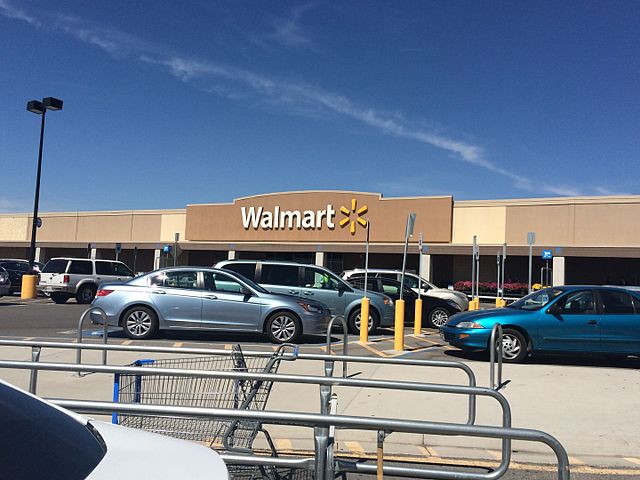 Like in past holiday seasons, retailers across Canada this year hoped their deals, bargains and sales lured in more customers and scored them a larger share of the market.

While all retailers enjoy the increase in sales that occur during the holiday season, the competitiveness of the marketplace has also increased in recent years thanks to the prevalence of big box stores like Walmart Supercenters and Costco.

Boasting a one-stop-shop experience, these big box stores offer convenience and ease by allowing customers to shop for groceries, household goods, clothing and toys and even automotive parts and supplies.

Earlier this year, Walmart, an American-based retailer, began intensifying their push into the Canadian grocery market, with their eyes set on taking the top spot. As a result, “Walmart’s share of the grocery store pie could grow even bigger,” says Sylvain Charlebois, a professor at Dalhousie University specializing in food distribution and policy.

Charlebois believes that, unlike Target which was unable to make a lasting impact in the Canadian marketplace, Walmart will be able to carve out a larger chunk of the grocery market due to the role they already play in the Canadian consumer’s life. It will also be easier for Walmart because they already dominate the U.S. market, so they can offer better savings in Canada because they can purchase large orders in bulk.

“Based on the pace that they currently have, it [becoming Canada’s top grocer] is an achievable goal,” he said.

The enhanced competitiveness brought on by Walmart and Costco has already begun to benefit Canadian customers. In September, grocery prices declined as a result of the ongoing battle between traditional supermarkets and big box retailers that are also selling groceries.

According to Statistics Canada, the price of food purchased from stores declined by 0.9 per cent across the country. Particularly affected were consumer packaged goods, which registered the greatest price reduction of 1.3 percent.

“Given that commodity prices and competition are the two main drivers affecting retail food pricing, the price dip in centre-of the-grocery store items such as cereal and canned goods likely occurred because retailers such as Loblaw and Sobeys are trying to claw back market share from the mass merchants who are taking up an increasing portion of their traditional turf,” notes Kevin Grier, a market analyst and consultant.

Following Walmart’s lead, Costco has also committed to bolstering their presence in Canada. The U.S.-based, members-only wholesale store already has 91 stores across Canada and brings in close to $21 billion CDN annually.

Costco’s expansion plans call for the opening of seven new stores across Canada. “I think the fact that we are opening so many right now has to do with very strong sales over the last few years,” said Richard Galanti, Costco’s executive vice-president and chief financial officer.

The new Costco stores, which are slated to open in 2017, will continue to help drive grocery costs down and according to Sohum Mehta, a corporate and consumer bank analyst, Canadians will continue to be drawn to big box retailers that can offer them more savings.

Sohum Mehta comments on how we live busy lifestyles, so being able to get all the items you need in one store while knowing those are the best prices around is a hard offer to beat.

Ultimately the continued expansion of big box stores will benefit the consumer who feels like grocery prices in recent years have surpassed regular inflation rates. Not to be outdone by companies headquartered in the states, Loblaw’s Canada, the country’s largest grocery chain, which has made moves into the big box territory in recent years, asked suppliers to help them lower their costs in order to compete with the likes of Walmart and Costco.