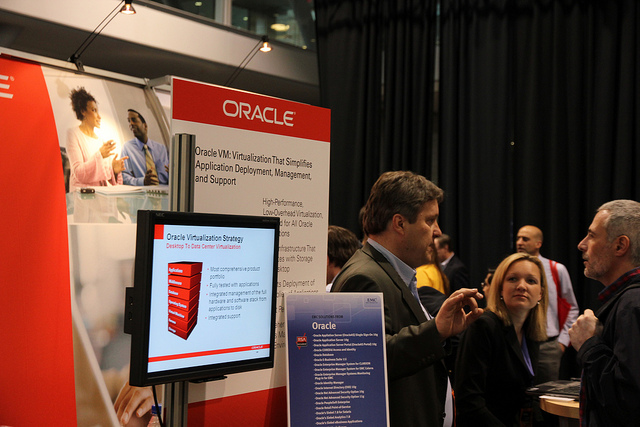 Oracle is saying goodbye to the old friend Java Plugin in the coming versions of its ERP system. Enterprise resource planning system is a platform that serves as the core of all processes being done within an organization from its recruitments and database to inventory and accounts management. ERP software would be installed onto the systems of a company and then further integrations of applications make it usable for back office functions. From planning of a product to its marketing, all these processes within the operations are being managed using the ERP system of the business.

Since a company is wholly relying on such a system, it needs to be safe and secure. However, that’s not the case when your ERP system requires an external plugin to work on your browser that is not secure. Oracle has taken its decision recently and sent a wave of astonishment in the market and to its customers by announcing that it is getting rid of Java Application reliability in its future editions of the software. The decision has been taken after much pondering over the issues that come to the ERP users due to the presence of Java plugin.

Why Is Oracle Doing This?

The biggest issue with Java Plugin is that it is not safe. This has been a bad spot on the face of Java for quite some time but it is a shame that its developers have not been able to do anything about the issue. Since the plugin is not safe, it has always been a playground for hackers and attackers in the cyberspace. Anything that uses Java plugin also becomes vulnerable and open to these attacks. This made Oracle take the decision of cutting the cord that was keeping Java plugin attached with it.

Another reason why Oracle had to take this decision is because most of the companies that make browsers had already asked Java plugin to keep at an arm’s length. Their support for and reliability on Java plugin is no more. These browser makers also took this decision because they thought that Java plugin was making their browsers insecure by opening doors for hackers to do their stuff. Now, if there was not support from the browser makers for the plugin, it would have been pushing from Oracle to keep making its customers rely on that plugin and use a particular browser that still hosted Java plugin.

What Made Java Plugin Such An Annoyance?

The speed at which the technology is advancing is alarming. What’s good today is already outdated tomorrow. There was a time for CDs and DVDs and how they vanished from the scene is astonishing. Plugins came to the internet world because they allowed browsers to become much more than they already were. They allowed users to use multi-media content on their browsers which was not possible without the plugins. However, the rendering done by these plugins was still local i.e. outside the browser. The rendered content was displayed on the browser though.

However, these plugins were only good for as long as the world was still relying on laptops and desktop computers. As soon as the world started shifting to mobile platforms, mostly importantly the smartphones, browser makers started making browsers that did not need any plugins. The reliance on plugins on mobile browsers was just an impractical idea. Eventually, most of the people using mobile browsers don’t ever encounter the need of installing a plugin hence making Java plugin and others useless. Java plugin was specifically already said goodbye to by Google and Microsoft.

When plugins are executed on the browser, they require a lot of permissions. This is already something that opens ways for hackers to get into the system. For example, if you were trading forex and using a platform that used Java plugin, there was more chance of you getting hacked during your trades than a person who was trading through an application. When a plugin is working the user is viewing content on his/her browser that is otherwise not possible to be viewed in a pure HTML environment. All plugins work the same way including Java plugin.

However, Java client has been notorious for quite some time now for being vulnerable to cyber attackers. At the same time, there have always been many bugs while executing Java plugin along with delays in patching. When such delays are common, they are an invitation for the wrongdoers to take an attempt at playing with that plugin. To keep away from such risks, most of the browsers are now running without requiring any plugins to be installed. This is good news for Oracle because its decision of pulling the plug on Java plugin would not affect as many consumers as it would have in the past.

The new oracle software will arrive without requiring its customers to install any Java plugins. Oracle ERP software requires several applications to be integrated onto the main software. These applications are developed using various programming languages and the use of Java is common in them as well. If there is an application that relies on Java plugin, the developers will now have to rework on this application and make it independent on Java plugin reliance. The new developers should already keep in mind to stay compatible with the latest Oracle version when developing their applications.

It is being told to the developers by experts that they should rely more on HTML5 when developing their applications. Of course, those who have been working on Java will have to take new routes and learn new ways of doing the same old stuff, but it will be in their own interest. The experts from the field have said that a few developers and companies will be disturbed by the move of removing Java plugin reliance but they said that this will be a great move for a better and more secure future so it should only be welcomed.