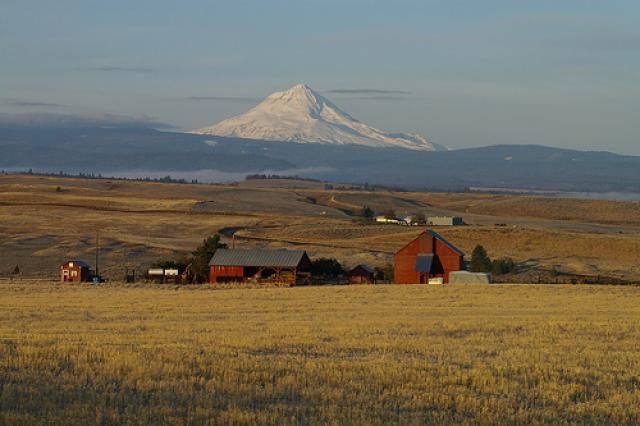 One of the issues up on Oregon’s ballot this year is Measure 56. It’s not a sexy issue – in fact, the description of the ballot in the Voter’s Pamphlet is downright boring.

"Provides that May and November property tax elections are decided by a majority of voters voting." As it stands, when there is a property tax measure on the ballot in a non-national election race, not voting is the same as voting no. This means that if there are 1,000,000 people registered and 499,999 people vote for the measure and only one person votes against it, the measure fails.

It’s called a double-majority rule and it’s the law of the land. With Oregon’s last voter turnout being at a disappointing 58% it’s just plain tough to get a tax proposal passed except once every four years.

This has left many places without the public funding they need. Oregon has been in a tax crunch for a while. Since the measure that originally introduced our double-majority cut property taxes and capped their increase, Oregon schools, police, fire and other public services have been suffering because of the initial loss of tax revenue, but now they’re drawing breath on thin air because it’s so hard to get taxes passed. Besides the implications for public services, the double majority is downright undemocratic. It gives those who don’t vote twice as much say in the outcome of the election. The democratic process depends on people actually voting and if people want to reap the benefits they need to put in their two cents. They say that one can be judged by the company they keep. If the converse is true, it should show what kind of effect the double majority has had on Oregon.

The Oregon State Firefighters Council, the Oregon Council of Police Associations, the ORegon Education Association and the Oregon PTA all want it repealed and are supporting Measure 56.

I am an Oregon native. I went to Oregon public schools until high school, at which point I was lucky enough to get into a private school and doubly so that my parents could afford it. When I spoke with my former classmates and compared notes on school I was aghast. Where I had a well-appointed science lab, they had broken equipment that was decades old.

Where I had new books every year, they had moldy, torn textbooks. There’s no reason to keep asphyxiating our public services.