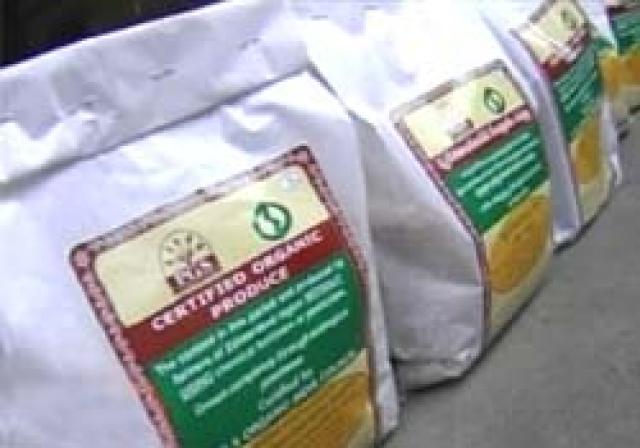 Renuka Eapen, a mother of two, switched to eating organic food because ”it would be better for my children and the environment”.

Arkaja Singh made the move because organic food ”often tastes much better”.

Thousands like them are driving the demand for organic food, which is now a Rs.5.6 billion market in India, according to the International Competence Centre for Organic Agriculture (ICCOA) in Bangalore.

”Organic food is now more accessible in India, with more shops coming up and more information available to those who want it,” said Eapen.

With growing awareness of the nature and number of dangerous chemicals being used in modern agriculture, more consumers are turning towards food grown organically.

”Till now organic food was mainly being exported,” said M.K. Menon, executive director of ICCOA. ”But over the last couple of years, the domestic market has started growing.”

”Many state governments have woken up to the importance of organic farming and have announced several incentives for farmers to go organic.”

In another sign of the growing demand for organic food, the area under certified organic cultivation is increasing 40 per cent every year, according to ICCOA, albeit starting from a small base.

Independent international agencies like SGS and Skal as well as the Indian Organic Certification Agency (Indocert) inspect farms and certify those that meet their standards for organic cultivation.

Synthetic fertiliser and pesticides are banned in organic farming.

Instead, it relies on natural fertiliser and pesticides such as neem-based products as well as by-products from other trees or plants.

Organic farming, of course, has been the norm in India for centuries.

Synthetic fertiliser and pesticides were introduced during the first Green Revolution of the 1960s and grew in use thereafter, to the extent that it is now called ”conventional” agriculture.

Now the adverse impacts of these synthetic chemicals are coming home to roost – from people falling ill after eating pesticide-laced food to the soil losing its fertility to waterways being polluted.

The move back towards organic agriculture has covered 339,113 hectares in certified farms by now, says the Agricultural and Processed Food Products Export Development Authority (APEDA).

The non-certified organic area is much larger. At an estimated 2.46 million hectares, it includes small farms whose owners cannot afford to buy chemical fertiliser and pesticides, plus those in the process of getting certification.

The Associated Chambers of Commerce and Industry of India(Assocham) estimates that 20 per cent of farmers are into organic farming.

However, not all organically grown produce is marketed as such, since many of the farmers are subsistence farmers or do not have certification.

Assocham says that only one out of 30 people in India’s metros ask consciously for organic food today.

While the higher price may deter many consumers from buying organic, others like Eapen say benefits outweigh the higher expenditure.

For her, she added, it’s a choice to support the organic movement. ”You’re paying because you believe.”

But eating organic can be made to fit into everyone’s budget, said Jayashree Joshi Eashwar of Dubdengreen, an organic retail store here.

”If people were to make a conscious decision to eat organic, they can easily afford the price difference by eating out just one time less than they do,” she said.

Recent studies in the US and Britain have found that the nutritional levels in organic produce are much higher.

One actually gets the benefits ascribed to a certain fruit, vegetable or grain.

A study conducted at the University of California found the amount of the flavonoids quercetin and kaempferol was respectively 79 per cent and 97 per cent higher in organic tomatoes.

Research at Britain’s Newcastle University found the levels of antioxidants in milk from cattle raised on organic feed to be 50-80 per cent higher than in milk from other cattle.

Organic farming is better for the environment, too.

The National Centre of Organic Farming, Ghaziabad, said that organic farming would help achieve sustainability of agriculture and improve soil that have been affected by indiscriminate use of synthetic fertiliser and pesticides.