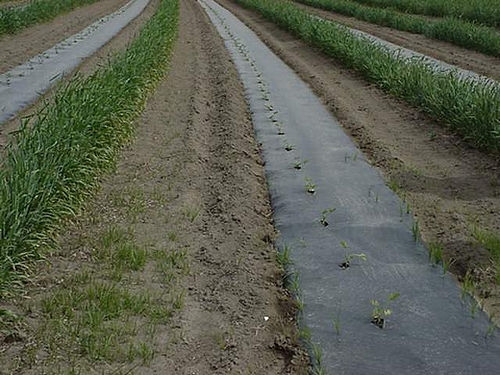 The evidence has been mounting for some time that organic food contains a higher concentration of valuable nutrients than conventionally produced counterparts. Modern nutritional science has determined the lacking compounds are powerful components of our natural immune and cellular repair systems. Moreover, there are well-known, physiological reasons in botany for this effect that has been known for over 50 years but not widely reported until now. Consumers are clearly responding, with over half the baby food sold in the UK now labelled as Organic, such produce has seen double-digit growth since the 1980s.

Data collected by the United States Department of Agriculture (USDA) itself has shown the mineral, vitamin, protein and antioxidant content, per gram, of just about every fruit and vegetable available has declined (precipitously in some crops) since 1965, and most likely to some extent since the advent of chemical inputs in the 1920s. Dr. Virginia Worthington completed a landmark study in 2001, comparing organic produce to conventionally grown products. The organics were found to have an average of 30% higher concentrations of important nutrients and biological compounds that promote health than their conventional counterparts.

Despite this evidence, governmental agencies in most developed nations continue with their reluctance to advocate a “lifestyle choice” that excludes a majority of agricultural lands under cultivation. In fact, the agency and related organizations laid out in the Farm Bill, hashed out anew every 5 years, funds a subsidization of most conventionally produced foodstuffs, especially commodity crops such as maize, soybeans, rice, cotton and wheat. Just like milk that is purchased for conversion into government cheese (suitable for long-term storage), these crops are traded on world markets and their relative value is buffered by governmental intervention in the free market commodity system.

While many people remain concerned about their own intake of pesticides; conventional producers, commodity commissions, large retail chain stores, USDA field reps and agribusiness firms have all made a great effort to convince the public that not only is there no danger in conventional produce, but that it’s actually “dangerous” to the food supply to pass on what is known in conservative circles as “high-yield farming.”

This, of course, fails to take into account that most of the woes of commodity farmers have been due to low prices as a result of over-production. But, officials in most countries are loath to throw their support behind organic agrarianism. They’re doing it in the UK as well, with ministers offering economic reasons for claiming some scientific fact to be true or not.

On the other hand, organic farmers have always known there is a balance that must be maintained along with a lifetime commitment to soil building to produce fruits, vegetables and grains sustainably, and they’ve been proven correct in recent years and months. It is this very focus on soil health that encourages physiological changes in plant morphology and physiology — increasing native resistance to pest attack and the robustness of the root systems. These changes, on the cellular level, produce the compounds that have proven effective in fighting cancers repairing cell damage.

One reason for the higher levels of nutrients in organically and bio-dynamically produced foods is the amount of water that is used for irrigation. Conventional farms put as much on as they can, as the consequences will be dealt with chemically. A lack of thoughtful crop rotation and constant (several times a year, with organic matter removed for silage or burnt to kill disease organisms) tillage causes soils to deteriorate to the point where they have very little organic matter.

Organic producers, on the other hand, use less water to reduce the production of fleshy growth with thin skin that has been shown to actually attract pests and disease from many miles away. The current practice of turning arid areas with low natural fungal (fungicides remain the least effective form of pesticide once infection has taken place) loads and pumping them full of irrigation water necessitates the use of heavy levels of agricultural chemicals to meet yield expectations.

Moreover, by not feeding plants the botanical equivalent of pabulum in the form of pre-digested nitrates and phosphates, roots are able to dig deeper, requiring less frequent fungus-attracting irrigations. They are also more tolerant of drought and come into contact with an exponentially greater volume of mineral-containing soil.

Organic produce is also higher in nutritional and flavour compounds because they are less dilute and heirloom varieties selected for flavour and non-chemical fitness are also higher in compounds that promote human health. Higher levels of pigments contribute to increased levels of vitamins such as A and E.

The USDA is, in fact, charged with the welfare of public health and nutrition as a part of its mission. Therefore, it is particularly galling that their loyalty is clearly to the agri-business corporations that have imposed economies of scale and a particular type of serfdom on the farmers of North America. While a great many new farmers are women and minorities that use sustainable practices of some sort, a very small (by far) group of old men (averaging over 60 years old in the United States) owns most agricultural land.

Since the 1980s, producers have “vertically integrated,” by becoming their own providers of materials with high levels of embedded energy such as fertilizers and mined minerals. These industries are very powerful lobbies that are closely related to oil companies. Organic farmers are far less dependent upon petrol-chemicals and extracted materials. Coupled with the conventionally conservative lobby that also appeared in post-war North America, the motivation for official downplaying of the importance of these discoveries is clear.

As a wise man once said, “follow the money.”

Marie Richie is an author and photographer in Oregon. She holds several degrees in science and may be found online at: http://www.sillydogmedia.com/ .

Filed under: Health & Science
Share Tweet Pin G Plus Email
previous article: Sexual harassment
next article: On the Long-awaited Cusp of a New Generation in Computing