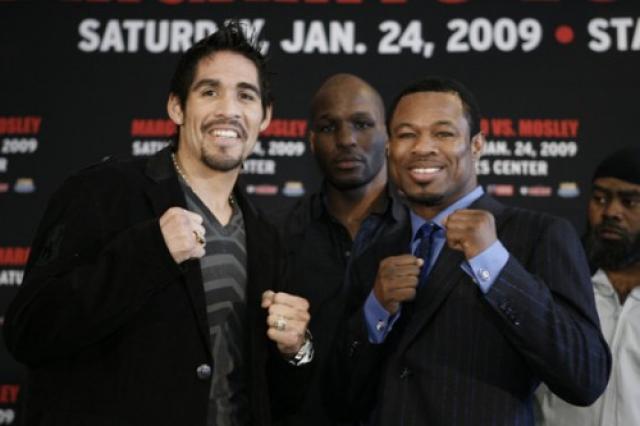 Popular American boxer and Olympic gold medalist Oscar de la Hoya has decided not to show up at the Mosley-Margarito fight at the Staples Center in Los Angeles.

Some boxing fans have anticipated de la Hoya’s attendance at the Staples Center not only because his good friend Shane Mosley is the main attraction but he is the majority owner of Golden Boy promotions, the company promoting the Mosley-Margarito fight.

It is possible that the famous boxer is anticipating a cold shoulder reception by some boxing fans owing to his one-sided defeat in the hands of the now world-famous Manny Pacquiao of the Philippines in their ‘Dream Match’ in Las Vegas, Nevada last December 6, 2008.

It has been rumored lately that de la Hoya is considering a possible fight between him and Julio Chavez, Jr.a 22-year old undefeated boxer, who happens to the son of Julio Chavez. Sr. Several years ago, de la Hoya fought the older Chavez twice and in both fights, Chavez lost.

Boxing fans say that there is bad blood between Chavez and de la Hoya which could be the reason why the younger Chavez wants to fight the still-popular de la Hoya.

It is possible that the match will happen. The proposed match-up will definitely be a crowd-drawer because of de la Hoya’s long period of dominance in the boxing game and the ever-reliable Mexican boxing fans that are rooting for the young and talented Chavez.

Promoter Bob Arum was quoted: ‘my Mexican guys who are with Chavez have talked to me about it. Obviously, they are willing of course but I haven’t heard a word from de la Hoya camp, nor will I believe anything until they come to me’