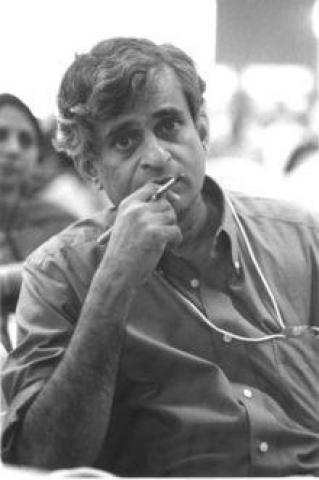 When P.Sainath, the long time editor for rural affairs in The Hindu was recently honored for his journalistic services by being awarded the Ramon Magasayay award, it not just honored him but also acknowledged the space that his school of socially committed journalists have created. Sainath, who till the award was more known as the author of the best selling book” Everybody Loves A Good Drought.” it seems inhabits a different world and has single mindedly pursued developmental journalism as few have and the academic discipline and rigor he has brought to this some what dry field has lent it respectability and stature.

As some one who has worked in the chartable for close to two decades now, I have often lamented the very limited exposure that the development sector and the good work that it does gets known. All that is usually exposed are the skeletons in the cupboards, the scandals and the bad eggs and the public gets to knew about. Rarely are the consistency, commitment and perseverance with which professionals and activists go about their job silently and diligently highlighted.

Many years ago, the ULFA killed a man by the name of Sanjay Ghose, a man who was working on the riverine Majuli Island in Assam, after having spent years in founding another organization in the Rajasthan desert by the name of the Urmul Trust. In life his work was hardly known or recorded and in death, he is remembered because of the fact that he was kidnapped and killed by ULFA militants, a fact that the government is happy to highlight.

Some times I wish that I had the journalistic skills to capture for a wider audience all that I see on my travels that will never make it to any newspaper unless there is some apocalyptic event that sends journalists swarming like locusts towards farmland. Images from Tuensang in Nagaland, Chandel in Manipur, Udalguri in Assam, the Rajmahal Hills of Jharkhand. Places where people live with, go to school with and grow up with malaria, Kala Azar and every thing else that one can think of. Places where epidemics are not a statistic but an every day occurrence.

When I look through the news channels in the evenings, I see mostly news and the number of channels is proliferating all the time. There are English language channels, there are regional channels, there are business channels, there are fashion channels but sadly all of them seem to showcase the same kind of news.  For instance during the time when Muhammad Haneef was arrested, all the channels were showing the same news with the same intensity , interviewing the same people and displaying the same or same kind of pictures. Same was the case when Sanjay Dutt was sentenced and sent to prison. It looked as if the sun had stopped in its tracks and the earth had stopped orbiting and focused its glare on the Arthur Road prison.

There is a lot happening in the country, both good and bad and to capture it all, we need more of the P.Sainaths and his kind. And we need people and media houses who would highlight the kind of writing that he and others like him are documenting apart from the dowdy staff of Doordarshan. And of course we need to have publishers who back them. It is quite possible that were Sainath not attached to The Hindu and the kind of journalism it practices; he might have been an obscure scribe in a paper which had other priorities than the kind of subjects he loves to address. As I go back to surfing the news channels on my television screen, I can only hope that all of these channels which today look pretty much the same, will find their individual niches. And hopefully, at least one channel will make it its vision to capture for us all the unspoken good news that is waiting silently to be noticed