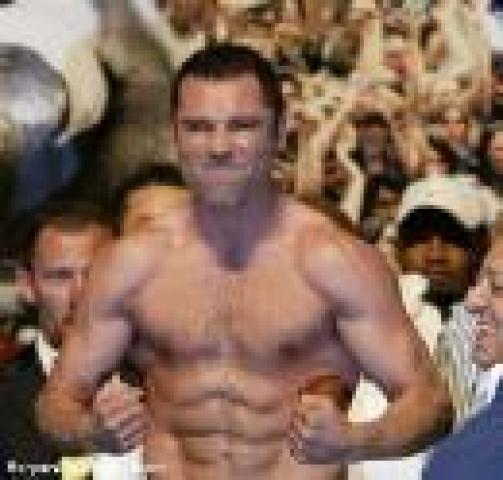 A breakthrough in the stalled negotiation on the proposed Pacquiao-Mayweather match tentatively set for March 13 is eminent as Golden Boy Promotions CEO says ‘ We are OK to move off USADA’ which means that other drug testing agencies may now do the test
Golden Boy Promotions CEO Richard Schaefer was quoted to have said that the Mayweather camp is now agreeable to let independent drug testing agencies other than the US Anti Doping Agency (USADA) to do the random blood and urine testing on Pacquiao and Mayweather.

The announcement was revealed earlier to ESPN’s Dan Rafael by Schaefer saying ‘ We are OK to move off USADA’.

The announcement came after Pacquiao’s promoter Bob Arum said the highly anticipated Paquiao-Mayweather fight was off.

The Mayweather camp earlier wanted a random blood and urine test be done by USADA on Pacquiao and Mayweather in days leading up to the fight. Team Pacquiao objected to the proposal saying that any blood drawn from Pacquiao will weaken him and suggested that the blood samples be taken starting on the second week of January during their promotional tour, the next sample to be taken 30 days before the fight and the last sample right after the fight.

The latest announcement by Schaefer is considered a major step in the right direction to get the negotiations going and to get the deal done before the end of the year.

In his statement to ESPN, Schaefer revealed:’ What we are saying and what is important to us, is four things that the test be random, that they include blood and urine and the time frame, meaning when do you stop the test before the fight but know they will still be effective. The three of them have been agreed on; random, blood and urine. So now its a matter of two sides working out the specifics of the cut-off date to assure it will be effective.

In the meantime, Pacquiao has given instruction to his lawyers in consultation with Bob Arum to initiate a lawsuit against the Mayweather et al for libel, slander and defamation in connection with the accusations by the Mayweathers of Pacquiao’s use of performance enhancing drugs to gain added advantage over his opponents during the last several fights by the pound-for-pound king.

But in his website blog, Pacquiao says:"I’m still willing to fight Floyd Mayweather. I never said the fight was off or I do not want to fight him," Pacquiao said in a blog posting on his official website.

"I’ll fight anyone at anytime and my record and past fights prove that. I have never and will never dodge anyone."