Singer and producer  BÃ¼lent Ersoy, a male-to-female transsexual and a national icon, was harassed by Mustafa TopaloÄŸlu, a singer who often appears on weekend programes airing on religious-leaning channels. While at an anniversary party for the Association of Customs employees on Friday, December 8, TopaloÄŸlu claimed to the press that “Miss BÃ¼lent” was not showing […]

Deniz Som, a writer for the daily newspaper Cumhuriyet,along with approximately 300 people protested the ÃœskÃ¼dar Municipality by drinking on the shore of the Bosphorus on the Asian side of the city. The Islamist-leaning ÃœskÃ¼dar municipal government has been fining people for drinking in public and putting their names on their publicwebsite. During the protest […]

A staff member of the biology department at DumlupÄ±nar University, located in Turkey‘s province of KÃ¼htaya, has been indicted along with his wife for allegations of blasphemy-namely, posing as a saint to bilk money from pious locals in the search of divine healing. The trial against Dr. Osman Nuri BenlioÄŸlu and his wife Hatice KÃ¼bra […] 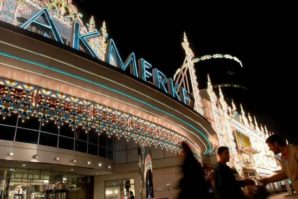 A gander down the high streets through this European city in December has all the festive spirit of an American suburban shopping mall. The light posts are covered in garland and holly. Santa Claus in his rotund, velveteen splendor makes his usual appearance in storefront windows. Pine trees bedecked with shimmering bulbs and twinkling lights […]

A recent one in North London left 157 houses damaged and most unsafe to live in. Those suffering are feeling like the people in Louisiana ! government aid and response has been almost non-existent. Also insurance investigators are moving slow and no one appears to have been given any offers for re-housing or repairing the […]