Jammu, September 25 (Scoop News)- Patron of the Peoples Democratic Party (PDP) Mufti Mohammad Sayeed today said that chaos and confusion is prevailing in the State due to lack of confidence among those who are running the coalition government headed by National Conference. He observed that there is a sense of insecurity and fear among […]

http://afripol.org/ The fundamental role of government, which is without doubt the most important function of government, is the protection of life and property.  Anambra State’s center of normality is being swept away and distorted by insecurity. The adverse effect of this phenomenon contributed immensely to the retardation of economic growth in both urban and rural […] 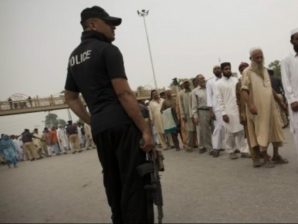 Jamshed Ahmed Khan: After becoming a partner in the US war on terror, Pakistan lost a lot in last decade or so, Initially, the people of Pakistan faced the huge threats of terror, and with the passage of time, those threats increased by all means. It began during Musharraf’s regime and continued in democratic govt […] 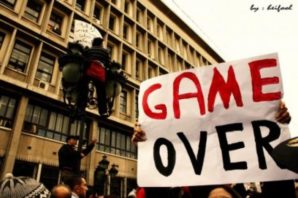 On January 14, 2011, President Zine El Abidine Ben Ali abruptly fled the country he ruthlessly ruled for more than two decades. The people of Tunisia took to the streets to celebrate the dawn of a new independence. The euphoria rapidly gave way to fear about the security situation. News spread about vandals rampaging […]

It is about 8 o’clock, Thursday night, gunshots thunder across the air as ten people are gunned down and two injured by masked ‘thugs’ masquerading as policemen in Matisa village, two kilometres from Kitale town. Barely two weeks ago, six people were killed in Kenyoro village in a closely related ordeal. The basic function of […]