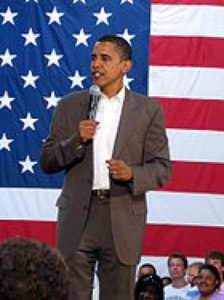 President Barack Obama is due to announce possibly over the weekend the early combat troops withdrawal from Iraq. The announcement is presumably in keeping with his election campaign promise. US combat troops are leaving Iraq as early as August next year. According to a senior white house spokesman, an announcement from President Barack Obama could […] 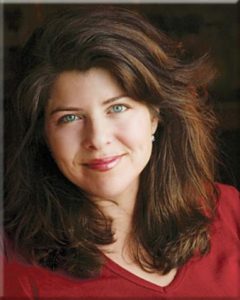 Naomi Wolf is the latest liberal columnist who has garnered attention for vocalizing her negative opinion of Vice Presidential candidate Sarah Palin. When you thought the liberal media has said every bad thing there is to say about Sarah Palin, Naomi Wolf found a new way to attack the Alaskan Governor in her Huffington Post […]

On Saturday Night Live’s September 13, 2008 season opener, Tina Fey took the show and wowed the broader viewership with her rendition of Governor Sarah Palin.  At her side, Amy Poehler played a bitter Hillary Clinton. The fictional dual-appearance curiously played itself out in real life only a few days later in New York. In […]

NEW ORLEANS, AUG. 25 — Naomi Klein, the writer-activist best known for her book on corporate multinationals and global resistance in "No Logo," spoke in front of over one hundred people at Loyola Law Center.  Klein arrived in New Orleans a few days ago and receivied guided tours of social justice work that continues two […]

Looking at the footages of war at international television broadcasts, wherein many of the coalition forces treat the situation like an ordinary war as manifested by their actual combat strategies on the frontline, the situation doesn’t seem to favor their best interests and safety. How in the world can soldiers walk in the open desert […]

Proddatur (LGBT-GR-TYP-BIN) Sin Will Not Succeed ‘Treasures of wickedness profit nothing: but righteousness delivereth from death. Proverbs 10:2’ Crime does not pay! Sin will not succeed! Wickedness cannot profit, no matter how much wealth you temporarily pile up. You cannot buy God off from judgment in this life or the next. Righteousness is the key […]