Jammu, March 04, (Scoop News)-Urging the State Police to become part of the change with the arrival of a new government, Chief Minister Mufti Muhammad Sayeed said the role of the Police beyond providing security is of crucial importance to provide people much needed relief on different fronts. He said the presence of Police at […] 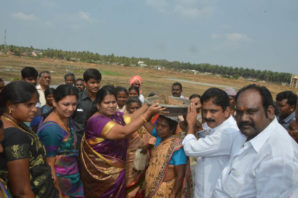 Chittoor (GR-TYP-BIN): Mr. Nara Chadra Babu Naidu, Chief Minister launched ‘Neeru-Chettu’ programme at Gummasamudram Tank, B Kothakota Mandal in Chittoor District on February 19. The purpose of the programme is for water conservation, improving ground water table to make the State drought-proof within five years. The government of Andhra Pradesh is intending to transform the […]

RTPP (GR-TYP-BIN): Rayalaseema Thermal Power Project (RTPP) has been selected for Gold Medal Award for environmental protection, said Chief Engineer Mr. P Kumar Babu. Briefing the press in his office about the gold medal award, he said that the collective effort of all employees working at RTPP has secured this award. ‘We are protecting the […] 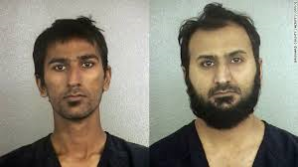 On January 15, 2015 the Qazi brothers, Raees Alam Qazi, 22, and Sheheryar Alam Qazi, 32, both naturalized U.S. citizens originally from Pakistan, were charged with additional terrorism violations and attempted murder of two Deputy U.S. Marshals while the brothers were in custody. Wifredo A. Ferrer, U.S. Attorney for the Southern District of Florida, John […]

Jeb Bush, son and brother of two former US Republican presidents George HW Bush (1988-1992) and George W. Bush (2000-2008), announced on December 16th that he was intending to actively explore the possibility of candidature in becoming the president of the United States. This announcement was on his Facebook page and is more a new […]

Jammu, November 10, (Scoop News)-In order to facilitate the Darbar Move employees to cast their votes in the elections, the Election Commission of India has approved a scheme for voting by postal ballot. A proposal in this regard was submitted to the Commission by the Chief Electoral Officer, J&K for approval. Under the scheme, all […]