Delivers Industry First HyperConverged Infrastructure-as-a-Service (“HCIaaS”): Bridging the Needs of Both Developers and IT Operators to Unleash Innovation with True DevOps in the Digital Enterprise Gridstore, the leader in hyper-converged all flash infrastructure, and DCHQ, a revolutionary technology that deploys and manages existing enterprise and new cloud-native applications seamlessly across any cloud or container infrastructure, […] 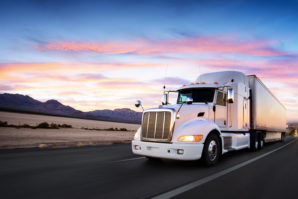 Ask the average trucking company executive what the biggest challenge of the industry is right now and you are likely to hear an answer relating to the ongoing driver shortage. Still, not far behind is the equally important problem of the crumbling American infrastructure. While roads and bridges are being nursed along with Band-Aid solutions […] 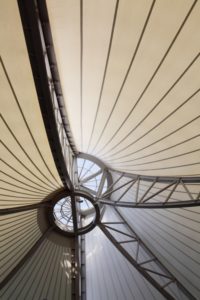 Building, architecture, and development in the post-Industrial Age has gone through massive changes, but the current revolution brought about by technology may be the greatest one thus far. While traditional building materials and methods are still commonly used, technology is rapidly transforming the field in almost every way imaginable. From design to energy use, building […]

Milan, 12 February 2016 – Prysmian Group, world leader in the telecom and energy cable systems industry, will put an emphasis on ‘quality over all’ at this year’s FTTH Conference in Luxembourg. Philippe Vanhille, Senior Vice President of Telecom Business for the Prysmian Group, will be amongst a number of representatives at the Luxembourg event […] 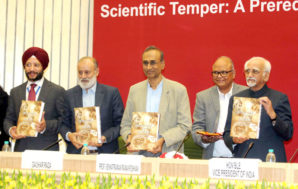 Panel Discussion On ‘Scientific Temper: A pre-requisite for Knowledge based Society’ New Delhi (PIB-GR-TYP-BIN): The Vice President of India, Mr. M. Hamid Ansari has said there is a need to create the right ambiance and structures to encourage scientific research and innovations. Mr. Mohd. Hamid Ansari said that a pre-requisite need for this is to […]