KUALA LUMPUR: A former Iraqi detainee, testified before a War Crimes Tribunal that he was beaten and tortured in Baghdad during questioning by American troops, who had demanded names of “terrorists” in his neighbourhood during the invasion to oust strongman Saddam Hussein in August 2005, during lengthy interrogation sessions (see: US Troops torture me, ex Iraqi […] 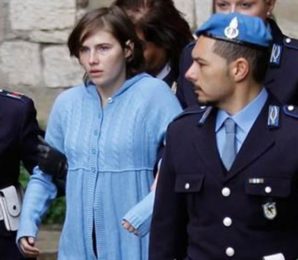 Watch Video   The case of a missing woman that has been missing 16 years is reopened after police received new information of a man that boasted in his writings for being responsible for around 40 victims. Please advised that you may find the video attached to this story objectionable. According to KOBTV Albuquerque authorities […]

"It may be an ‘Arab Spring’ for [President Barack Obama], but Hamza will never see another Summer nor will he experience falling in love and fathering a family. He will never experience freedom." A young boy is quickly becoming a martyr for the thousands of Syrian rebels calling for the end of Bashar Al-Assad’s brutal […]

By Marian Wang, ProPublica   If you’ve been following the latest news on the U.S. operation against Osama bin Laden, you’ve probably read a lot of conflicting accounts. There have been questions about the circumstances in which bin Laden was shot, whether he used his wife as a human shield, and even minor details such […]