Chandigarh/Jammu, October 10 (Scoop News) –Reliance Digital TV (RDTV) Direct- To- Home (DTH) service provider which had partnered with Star India to showcase its bouquet of Asli HD channels, adds ESPN HD and Star Cricket HD to the kitty especially for the Indian viewers to experience the adrenaline rush during the forthcoming first Formula […]

In 2008,a major news story that dominated the local TV stations in Calcutta for several weeks was the death of a bright young man.His body was found dead beside railway tracks near Calcutta.I narrate the story in a nutshell.Rizwanur, 30, was found dead between Dumdum and Bidhannagar Road railway station on 22 September 2007,body covered […]

Nokia is trying to launch mobile TV in Bangladesh. For this reason, they are working with several network operators and content providers. Prokas Premchad, executive manager of Nokia Emerging Asia, has told, “Nokia has launched handsets in Bangladeshi market which are suitable for watching mobile TV.”At present Nokia is communicating with mobile operators to construct […]

The 21st-century has been defined by technology. From social media to 3D organ printing and everything in between, the modern world revolves around ever-evolving, always improving tech. Here are four tech trends of particular interest as the 2020s begin to unfold. Distant Doctors The healthcare industry is well known as a focal point for developing […] 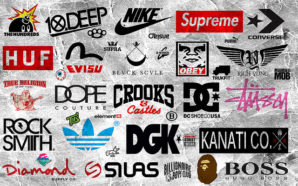 Choosing a logo for your startup means finding the essence of your company. It’s a chance to show your business’ identity and your values in a way that is straightforward and expressive. That is why selecting the right design goes far beyond Google searches and should instead require time, patience, and a lot of consideration. […]