<div><span style="font-size: 11pt"><strong><u>What Fashion is about?</u></strong></span></div> <div>&nbsp;</div> <div><span style="font-size: 11pt">This question troubles me a lot, especially when I watch on television all those designers talk about the new trends in fashion and what we have to wear every season.&nbsp;Is there a rule?&nbsp;Or is it just a matter of spending money.&nbsp;If fashion was changing every one […] 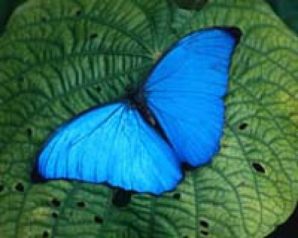 <p>Mowadays some people use environment as fashion statement we have many music shows and other culture shows connecting with environment but the impact of such shows&nbsp; or benifits are difficult to judge&nbsp; as there is no statstics .</p> <p>However there are some measures where in we can find the impact of it.&nbsp;&nbsp; The recent trend […]

A bright morning in winter. The whole nature had been moistened with white cool sexy ice, and the sunlight of early stage was trying to make the secret relationship warm. An ostentatious nameplate was attached in front of the palace gate. It was not an ordinary mansion. It was 1600 Pennsylvania Avenue, President Bush’s house. […]

So many people dread becoming forty. Why? Is it really that bad? The answer is definitely "no." There are a multitude of reasons why being a little older is nothing to fear. Being a little older has its benefits. It’s all a matter of keeping a positive attitude and making the best of your life. […]