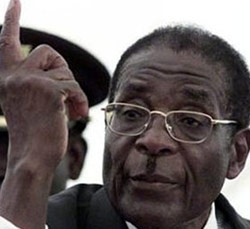 A recent interview in the Financial Times had South Africa’s president Thabo Mbeki reiterating his much maligned policy of quiet diplomacy on the ever thornier subject of his country’s troubled neighbour, Zimbabwe. With Robert Mugabe, who at 83 has now led Zimbabwe for 27 years, having convinced his party to select him as their candidate […]

Many years ago I started work in the publications department of an old-established City institution.  I was a lowly editorial assistant, and I fetched coffee and accompanied photographers and did a lot of filing, in the basement of a beautiful building, but in an environment where I never saw natural light, and everything was either […] 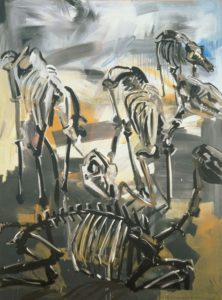 The Saatchi Gallery’s exhibition ‘The Triumph of Painting’ confronted the challenges painters face in a hyper-realistic age that is directed by photographic image. The exhibition aimed to revive the value of painting after a decade saturated with the 3D installations of the Young British Art movement. Saatchi, once a champion of these rebellious YBA’s, sold […]

"Instead of prayer, atheists have Scrabble." – Jonas Salk Did you see the cloud resembling a sideways walrus over Pine Hill last Thursday? Ask Sparrow "Ask Sparrow" is an increasingly regular feature of this column, in which the bewildered write in seeking answers. Dear Sparrow, My dear friend Nicol got married in style this past […]

George Washington viewed the emergence of political parties as an unintended, and unwelcome, consequence of the republic he founded. Thomas Jefferson reveled in the viciousness of party politics and started the Democratic Party to cement his political ambitions. John Adams, the sober champion of the rule of law, tried to muzzle free speech because he […] 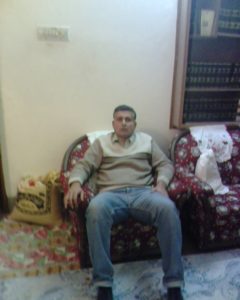 Dara Adam Khel a tribal area situated between Kohat  and Peshawer, is a center of weapons trade and manufacturing. Soon after Soviet invasion on Afghanistan in 1979, "Soviet made Kalashnikov became  available in Dara Adam Khel, till February 2006, its price was mere ten thousand Pakistani rupees, after outbreak of sectarian violence in Hangu its […]