Search Results for: Based Games

With the passing of Ted Kennedy last week and after the weeklong media coverage of both his life, and his politcal career now over, the media’s attention has now been turned toward just who might fill the empty Senate seat occupied by Senator Kennedy. Even going so far as to call it "a Kennedy seat," in the […] 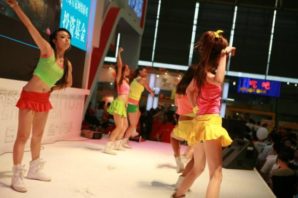 Chinese game firms are seeking domestic options as the government will implement a five-year program promoting clean online games.   The trend is clear as China’s top game firms, including Shanghai-based Shanda and Giant, are trying to fund domestic independent game teams for the future games, as was learned at the 7th China Digital Entertainment […] 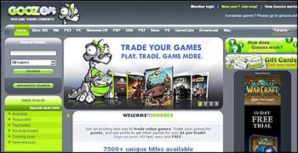 In the past couple of weeks, my mail carrier has brought me nearly new copies of Gears of War 2 and the latest Call of Duty, a couple of video game blockbusters released this past holiday season. These two hit titles would’ve cost me $120 at retail, but through a locally based used-game trading service […]

Saeed Minhas writes from Islamabad: The report by Pakistan Policy Group titled "the Next Chapter: The United States and Pakistan" reviewed and endorsed by former Deputy Secretary of State, Richard L.Armitage and co-chair of 9/11 Commission, Lee H. Hamilton has covered the topic with the same tunnel vision and myopic understanding which has landed the […]

The organisers of London’s 2012 Olympic Games may have to tap a government contingency fund for 500 million pounds ($1.25 billion) that they’ve been unable to raise from private sources since the collapse of credit markets. The Olympic Delivery Authority and Australian developer Lend Lease haven’t secured bank financing for the 1 billion-pound Olympic Village, […]