WASHINGTON—The U.S. Government Printing Office (GPO) has achieved a milestone in the production of the Nation’s passport for the Department of State (DOS). GPO has produced 75 million electronic passports at its secure production facilities in Washington, D.C. and Stennis Space Center in Mississippi. GPO first started producing electronic passports in 2005. The passport includes […] 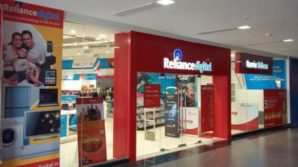 Reliance Digital, a leading digital store and a part of the Reliance Retail LTD (RRL) headed by Mukesh Ambani has been on a store expansion mission. It is now the country’s leading electronic retail store with the number of stores expanding three times in the past one year. The total number of Reliance Digital stores […]

Reliance Digital, the one-stop shop for all things electronics, is all set to launch three new stores over the coming weekend. The latest additions to Reliance Digital’s line of exclusive electronics retail stores will comes up in the city of Pune Maharashtra and one store in Bhiwandi, Rajasthan  set for launch on 31st March 2012. […]

19th March:  Saif Ali Khan and Kareena Kapoor will be seen together at  Reliance Digital  which is   the  largest electronic store located at Phoenix City Mall Kurla(West),  Mumbai promoting their upcoming  movie” Agent Vinod”. With this movie geared to release on 23rdMarch this month, the real life couple has been leaving no stone unturned in […]

<p>The Star of upcoming Bollywood movie ‘Agent Vinod’ Saif Ali Khan is set to visit the city of Ahmedabad   for promotion of the film. He will be in the city for a press meet to be held at Reliance Digital store- a multi-brand electronics retail store- located at GC Road, Panchvati on 7th of March […]