Considering the previous three chapters, where does all this lead to? Take for example the lesbian mayor of Houston Texas, who issued subpoenas to clergymen who had spoken against sin, namely homosexuality. An ordinance was passed to change from having separate lavatories for males and females, to having unisex facilities, meaning while women are using […] 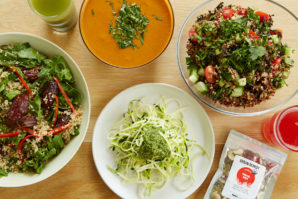 While many resolve, or re-resolve, to follow good nutrition practices when the New Year rolls around, it’s important to sustain those healthy eating habits all year through.  Luckily, modern food and beverage manufacturers are developing innovative products in convenient form factors that make sticking to a healthy diet regime easier—and tastier—than ever before.  Here are […] 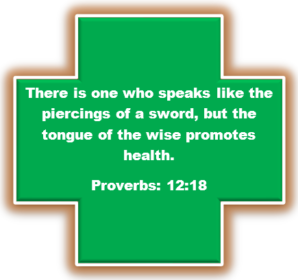 Proddatur (GR-TYP-BIN): Speech can be destructive, or it can be healthful. There are no other options. Our words identify us. There is one who speaks like the piercings of a sword. Let us guard our tongue not to speak like a drawn sword and shun this evil practice which promotes disease and destruction.  The heart […]

“What the Bleep Do We Know!?”  was a popular film in art theaters in 2004.  It combined  documentary-style interviews, computer-animated graphics, and a narrative that offered a spiritual connection between quantum physics and consciousness. The plot follows the story of a photographer as she encounters emotional and existential obstacles in her life and begins […]

According to U.S. government, losing weight is one of the top New Year’s resolutions people make. Losing weight can be a difficult challenge considering the thousands of diet options, exercise regiments, and often seemingly slow results. People can now start out the New Year with a boot camp aimed at helping people lose […]

Jammu, November 19, (Scoop News)- Education is of vital importance and good school education lays a strong foundation for the establishment of a wholesome and productive society. This was said by N.N. Vohra, Governor, while speaking on the occasion of Annual Day function of the Heritage School at General Zorawar Singh Auditorium here. The Governor […]