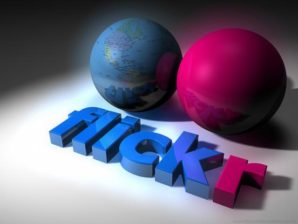 by Juliana Rincón Parra Seventeen hours after its creation, the Flickr group “NO VIDEO ON FLICKR!!!” already has more than 5475 members and 670 items. What is even more amazing is that another group, “We Say NO to Videos on Flickr“, created 2 hours later, has more than double the number of members of the […]

The inquest into the death of Princess Diana returned a verdict of unlawful killing on Monday, blaming the driving of chauffeur Henri Paul and paparazzi photographers pursuing her car. Jurors returned verdicts of unlawful killing through grossly negligent driving, more than a decade after the high-speed Paris car crash in 1997 which killed the princess, […] 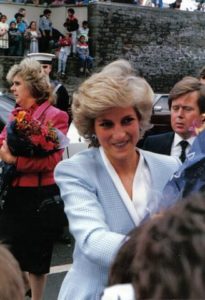 Ten years after the fatal crash which killed Princesse Diana and her boyfriend Dodi Fayed, the inquest in charge of determining how the couple had died, has come to a end. Following nearly a decade of French court proceedings and British and French police investigations, this inquest was the official British inquiry into the dramatic deaths of […]

A few days ago, I asked a journalist “how would you cover a war on the perspective of global journalism?” First, he surprised than he answered me that he is a crime reporter not a war reporter. I told him just to guess. This time he was a bit specific and answered, “it is difficult […]

There are not many photographers who also make it into a book of quotations, though Robert Capa (alias Andre Freidman) managed just that. "This war is like an actress who is getting old…It is less and less photogenic and more and more dangerous," he said of World War II. Though of course, Capa is more […] 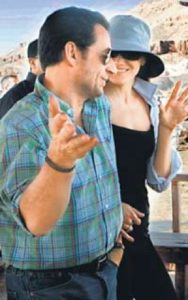 Dressed casually and riding in a 26-car motorcade, French president Nicolas Sarkozy left his hotel in the Egyptian historic site of Luxor and visited the Valley of the Kings with his new girlfriend ex-supermodel Carla Bruni.  Nicolas took a stroll through the Egypt’s spectacular Valley of the Kings on Wednesday, hand-in-hand with his new lover. […]