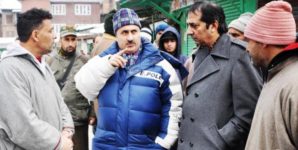 Srinagar, January 15 (Scoop News) –Divisional Commissioner Kashmir, Dr. Asgar Hassan Samoon visited Lal Ded Hospital, SMHS, Bone & Joint Hospital and JLNM Hospital Rainawari on Sunday to assess the situation due to snowfall. He interacted with the patients and enquired about the availability of medicines and adequate heating arrangements. He inspected the Boiler rooms […] 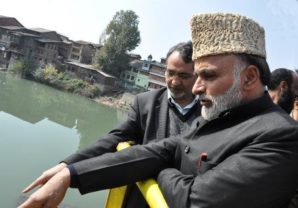 Srinagar,October 25 (Scoop News) –  Referring to the Government’s initiative to bring the old city on the tourist map and restoring its pristine glory, the Minister for Rural Development Panchayati Raj and Parliamentary Affairs  Ali Mohammad Sagar has said that the beautification and landscaping of various heritage structures would be initiated on a […]

If you’re preparing to certify or recertify in Advanced Cardiac Life Support (ACLS) certification online, mastering a few simple study skills can bolster your chances of ACLS exam success.   Health Education Solutions, the leading online provider of Advanced Cardiac Life Support certification, offers these tips to help you make the most out of your […]

It was 1996. Most of the world was dancing the "Macarena" and Mark Zukerberg, the 24-year-old billionaire behind Facebook, was still two years away from puberty. Long before the term “social networking” was even in use, and long before people were electrified over the panoply of services offered by web 2.0., Gilles Frydman created ACOR.org, a […]

The Maoists in the State of  Chattisgarh took control of the entire tribal belt stretching from Abujhmar,Bastar and Dandagaranya and have announced the formation of  and functioning of their first-ever parallel ‘revolutionary government.’ The Maoists ‘government’ has also announced the formation of ‘ministries’of agriculture, finance,,judiciary, health, school, culture and forests. The Chattisgarh government appears to […]