SACRAMENTO, Calif. – Sacramento State’s planned Recreation, Wellness and Event Center is facing monetary setbacks and will not be built as originally presented to students, according to University President Alexander Gonzalez. Gonzalez appeared before a meeting of the Associated Students Inc. on Wednesday to formally correct information in an article appearing in The State Hornet […] 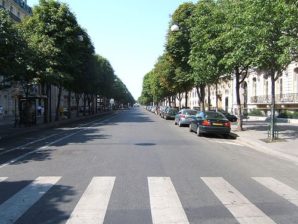 I have been following the Paul McCartney-Heather Mills breakup quite closely. (I recognize this is morally wrong, however.) Yesterday, Sir Paul locked her out of their London townhouse. When Heather’s bodyguard climbed to the second floor to enter the window, McCartney had him arrested. I was surprised to learn that Paul is now worth $1.5 […]

Meet Xavier Solana. The biggest wasteful surplus in the European Union today. I’d hazard a guess there’s no one more unstomachable anywhere from Belfast to Berlin. I wish he’d stop visiting the Middle East and talking like he’s got the faintest idea what’s really going on here. This man has got his head so far up […]