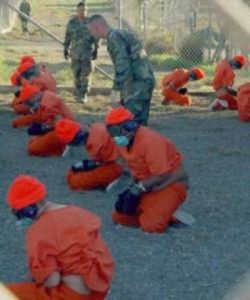 Guantanamo Bay detention camp is a cooperative military prison and detention camp under the leadership of Joint Task Force Guantanamo since 2002. The prison, established at Guantanamo Bay Naval Base, holds people accused by the United States government of being terrorist operatives, as well as those no longer considered suspects who are being held pending […]

Drugs are chemicals, each one composed of molecules.  For the most part, molecules composing drugs are not the kinds that occur naturally in the body.  They intrude into the body’s community of molecules and have a chemical influence on the way the body functions.  According to medical records, many drugs influence the brain.  They alter […]

Do you wish to live long, and too in a healthy manner?             Follow the maxim: Avoid junk food. Don’t get too serious. Sing out loud. And more over don’t worry; be happy.             Asia has several pockets of longevity, where for reasons not fully understood, life expectancy exceeds global norms by wide margins. The […]