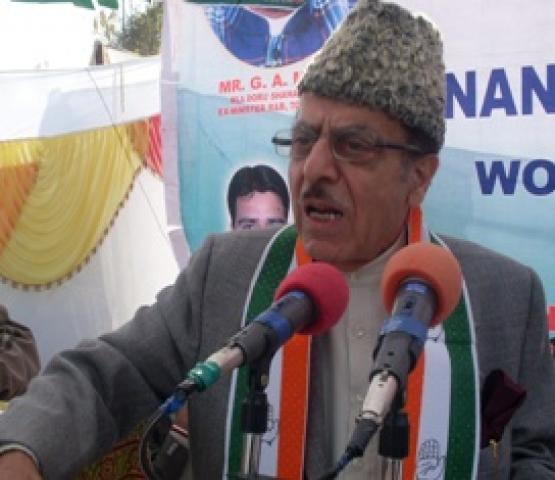 Jammu,April 09 (Scoop News) –  President,J&K Pradesh Congress Committee and Former union Minister,  Prof. Saifuddin Soz today  said that  has realized  that  the terror activities in that Country are posing great threat  to its own existence  and it has suffered  badly because of its policies.

Prof. Soz was addressing a rally of Congress workers at Shaktinagar in today.He  said that the civil society in wanted friendly relations with and strengthening of CBMs to further normalize relations and peace in the region. That is possible if acts against terror and prevents and strongly denounced the terror activities against . He was referring to the recent visit of President and talks with the Prime Minister.

During his recent visit to as leader of a good will delegation, Prof. Soz said that the civil society in was overwhelmingly in favour of more CBMs between two countries. They strongly advocated for better relations and cooperation between two neighbours.

Prof. Soz said that the Congress party believed in fully strengthening the basic democratic institutions of Panchayats and urban bodies on the spirit of 73rd and 74th amendment of the constitution in order to make them fully vibrant institutions of democracy for the service of people. He said party favours granting a reasonable honorarium to the Panches and Sarpanches to meet their genuine travel expenses etc. in connection with their public duty.

He said that Congress party is strong in all three regions of the state as it is known for its politics based on secularism, socialism and balanced development of three regions. The party always believed and advocated the policy of dialogue to settle all issues and in the process he suggested that the leaders of all shades of opinion in Kashmir should enter into dialogue, as the doors of government of are always open.