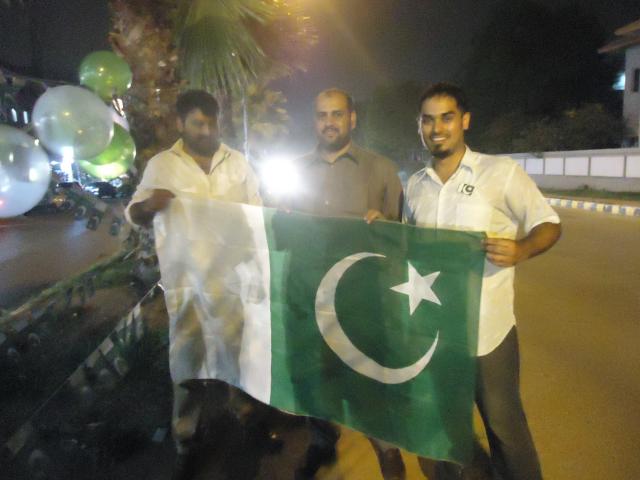 Rawalpindi: Pakistani youth celebrates Pakistan 65th independence day on 14th of August. The enthusiastic youth of Pakistan led under the umbrella of "Jawad Nazir Trust" a youth based organization working in Rawalpindi and Islamabad initiated a campaign by the name of "let’s decorate Pakistan" and drove through the community with a slogan to encourage the society in celebrating this eve.

Jawad Nazir, founder and president of JNT a local youth based welfare and volunteer organization said in his statement earlier that this is a there bit of part, and the encouragement and influence was a local  cellular companies ad running on air before the independence day. He further said that these campaigns can give a better message and a positive picture of today’s Pakistan. In his final comments he has thanked the president of local trade association Ch. Adeel and Mr. Zafran Khattak for there support.