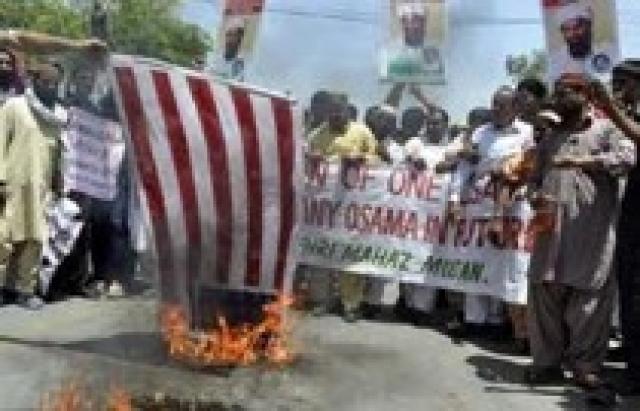 Pakistan is estimated to be in possession of more nuclear weapons than India and is currently spending about $ 2.5 billion a year to develop its arsenal, According to a news report published inThe Hindu.

The report titled ‘Assuring Destruction Forever: Nuclear Modernization Around the World’, states that “Pakistan is moving from an arsenal based wholly on HEU (Highly Enriched Uranium) to greater reliance on lighter and more compact plutonium-based weapons, which is made possible by a rapid expansion in plutonium production capacity”.

According to the findings of the report Pakistan is estimated to have “90-110 nuclear weapons”.

Pakistan has developed a “second generation of ballistic missile systems” over the past five years and significantly upgraded its capabilities.

Pakistan is not a signatory to the NPT nor has it signed the CTBT and it appears to recognize “no legal obligation to restrain or end its nuclear weapons and missile program”. It is unrestrained in its attempts to develop more nuclear weapons…

IS THE US SUBSIDIZING PAKISTAN’S NUCLEAR WEAPONS PROGRAM?

“We are effectively subsidizing Pakistan’s entire nuclear program with US tax dollars”, said one analyst in Wichita, Kansas who declined to be named in this report. At a time when anti Americanism is at a all time high (see: Raw Video: Anti-American Protest in Pakistan http://www.youtube.com/watch?v=I-z1dwv8LOM . See also: Bin Laden Supporters in Pakistan Protest His Killing; Burn American Flags http://www.youtube.com/watch?v=rlgVpBxUNvs

PAKISTAN IS ONE OF THE LARGEST RECIPIENTS OF US ASSISTANCE

Pakistan is one of the largest recipients of U.S. assistance. Nearly $3 billion in U.S. aid to Pakistan is planned for fiscal 2012. About $1.6 billion of the FY2012 funds are security-related and most of the remaining $1.4 billion is for economic development. Pakistan has received over $20 billion in military and non-military aid since 2001. About $9 billion of that total went to reimburse Pakistan for its expenses incurred in supporting U.S. military operations in Afghanistan.

Pakistan hosts 12 domestic terrorist groups in country, including those directly affiliated with the Taliban, which is responsible for a majority of insurgent attacks in Afghanistan. Pakistan’s  has some 32 International terrorist organizations represented in the country, including those recognized as some of the most dangerous in the entire world: “Laskhar e-Taiba, Al-Jehad,  Mahaz e- Azadi, Muslim Mujahideen, Islami Jaamat e- Tulba, just to name a few (See: Terrorist and Extremist groups in Pakistan http://www.satp.org/satporgtp/countries/pakistan/terroristoutfits/group_list.htm ).

“In many ways Pakistan is a greater threat to America than Iran which doesn’t even have one nuke that we know of. Yet we pay the one and sanction the other…”, said Philip Marks of Wichita, who agreed to speak to me on the phone regarding the threat of Pakistani terrorism.

I found no one in Wichita willing to defend US foreign and military aid to Pakistan at this time.

Wichita has been hit hard by a huge reductions in state and federal spending on education and other social programs…at a time when US military aid has been increased? People here are worried about how they are going to feed their kids, pay for gas and fund their schools…