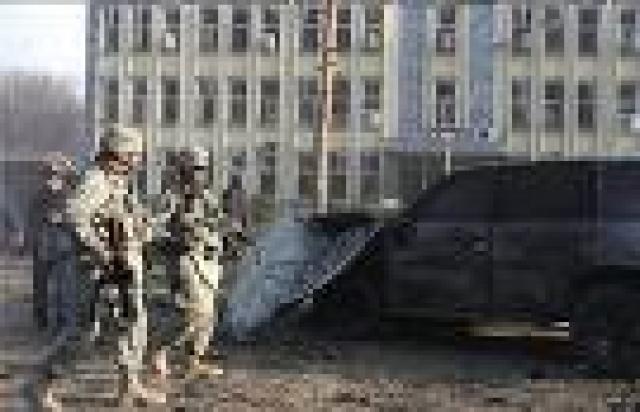 Afghanistan – Kabul: There is a strong link between Pakistan and Taliban suicide attackers carried out a series of deadly attacks on Justice Ministry, Education Ministry and the office of prison buildings in the Afghan capital Kabul which 26 peoples and 60 injured.
On Thursday National Directorate of Security launched probe, Afghan intelligence officers says the investigation links between Pakistan and Taliban fighters.
an Afghan intelligence chief Amrullah Saleh, said  "As they were entering the ministry of justice before starting their indiscriminate killing of the civilians in there, they [the attackers] sent three messages to Pakistan calling for the blessing of their mastermind."
Taliban use a new tactic that is three attacks on two ministries and a prisons department office, who are previously attacked only a single target at a time.
A political analyst and co-founder of the Afghanistan Centre for Research and Policy Studies Mr. Haroun Mir says,"These suicide bombers were not the ordinary Taliban type of suicide bombers who come and blow themselves up somewhere." They had rifles as well and their aim was not to immediately explode themselves.
"It was, in my opinion, to take hostages and continue the way they did in [November’s attack on] Mumbai, to paralyse Kabul and hopefully inflict a big blow to [US envoy Richard] Holbrooke’s trip to Afghanistan. This trip is a very important trip to Afghanistan."
Hamid Karzai, Afghanistan’s president said in a statement that "security forces have the ability to protect the lives and property of the people of Afghanistan".
Filed under: Politics, World
Share Tweet Pin G Plus Email
previous article: Pakistan says global link in Mumbai attack
next article: Recession lessons in life and love