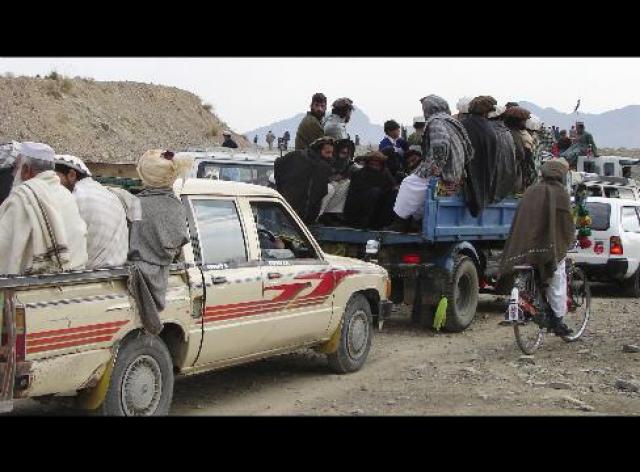 The government of Pakistan has adopted a rather strange policy for dealing with the militants. There is a vociferous military operation before every peace deal and the militants have been given a full free-hand to turn the area into a pandemonium before the launching of each operation.

Definitely, hundreds of people including civilians have been killed and injured, families displaced and a war-like situation is created everywhere a military operation is launched. So the questions arise that why an operation is necessary if it ends in ‘deal’? Is it not possible to sign the peace accords without launching an operation to avoid so many casualties and trouble? And why the security forces do not crush the militants when they first appear?

This same story has been repeated from Waziristans to Khyber agency and Hangu. The latest operations in Khyber agency against the driver-turned militant leader Mangal Bagh and in Hangu area, near Orakzai agency, against the Taliban were also passed through this dubious process.

Another valid and yet unanswered question is that what the government does want to obtain from these so-called ‘peace accords’ if the militants get more powerful and united after them? Many peace deals have been signed in Bajaur Agency, Mohmand Agency and Swat where the militants are now all the more active and aggressive than before. They regularly blow up music shops, attack security forces, kidnap people and behead them in public places. And impose their self-proclaimed laws on the frightened population.

And worse, there are so many groups of the militants that when the government signs a deal with them in one area, they establish their writ there and start their hostile activities in another area.

People, therefore, have lost their faith in the administration as they turn to the militants to get their problems resolved and conflicts decided. This approach would have catastrophic consequences not only for the tribal areas but will have also a grave effect on the settle areas as well as big cities like Peshawar.

There was an exigency, according to the government’s pre-operation claims, due to the imminent threat of falling Peshawar into the hands of militants, yet the government has failed to allay the people’s fears and doubts because the threat is still strong in the their minds.

The government and all the relevant authorities, if they are sincere in curbing the menace of terrorism and want to put an end to the ongoing ominous situation, should annihilate the evil as soon as it comes into existence.

Having said this, I should suggest Pakistani media, if it thinks itself a main pillar of the society and feels any responsibility, to abandon the present jingoism and embrace the reality. The reality is that the militants, if came into power, will not just cross border and attack Afghan forces and sit back hands crossed, but they will do the same in Pakistan too. Experience talks: they will immediately ban the media outlets declaring them immoral and then will destroy all you have built in past one century in just one hour. Their biggest motto is ‘ban on everything’. Even they will prefer to convert Peshawar University into Madrassa tul Arabiyya al Beshawariyya. Would you like it?