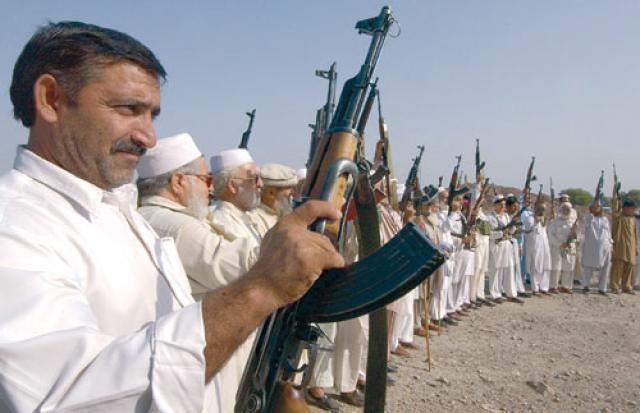 Mamoond,Bajaur: A suicide bomber blows himself up in a mosque of Badan, Mamoond of Bajaur agency.

This attack killed 7 and injured 3 people that include the chief of the tribal lashkar (tribal volunteer force).

The chief of the Mamoond tribe , Rehmatullah along with other aides, was in the mosque when a suicide bomber attacked the mosque.

There injured were taken to Bajaur hospital.