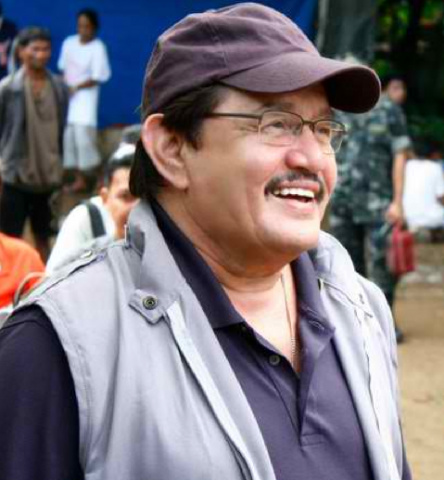 None were fatal most of these were large almost pyrotechnic ‘blast bombs’ with more boom than bang – as investigators say,

"Someone was trying to scare or injure people, it never really seemed like traditional terrorism." Dept of Interiror and Local Gov’t’s Secretary Jesse Robredo told journalists shortly after the explosions.

"Politics and extortion are what most investigators see… but we are also tightening security. We know Palawan is a major part of tourism economy and we will ensure everything will be safe for everyone." Sec. Robredo told reporters.

At around the same time of the bombings, cell phone text messages were received at a bus company demanding a extortion payment and even the local mayor’s office itself.

A cell number was attached to the cell phone message/text but law enforcement in the small Philippine island have resources provided by both the National and US Gov’t to trace calls – also one of the best CCTV systems as well outside of Manila. All were tapped to trace suspects.

It allows for law enforcement to be capable versus terror threats. In the past three other attenpts were ended even before a regional group could set up plams.

The detials of those attempts are not publicized but Anti-terror officails say Palawan has one of the best systems of monitoring and prevention in SE Asia. "Others more capable then this group have tried and failed." is all a counter terror official says.

All this security for such a small city? Because, before 9-11 in NYC or 7-7 in London this city was hit by a Al Qaeda sponsored plot using the regional group the Abu Sayyaf.

Since then numerous safe-guards and investment has been made by both local government and the Philippines national government as whole as well the other allies of the country. When the would-be extortionists hit they were doomed to fail.

Another special anti-terror unit the Philippine National Police Specail Boat Squad is also in Puerto Princesa. The unit funded by the grants from the US, UK, and Australia. Watches over many of this tourist spots best known places.

In the Philippines one can buy a new cell phone numebr for pre-paid phones for about $1.00. It is pretty hard to trace or follow up a number.

But law-enforcement says there are ways to trace a particular phone even if the sim card and phone numbers are changed. Exactly how was not revealed but cell phones themselves have unique codes tied to them.

Hagedorn’s way: ‘Not even Hollywood could write a better script’

(Note: Expats interviewed all requested first names only to protect their identities)

"We have a Mayor here who was in his younger days what people in the USA might call street-wise, a heavy hitter, but a real good guy at heart." says Tom, a local expatriate and resident of palawan for over 20 years,  "Over the years, this tough guy who now is a born again Christian.. but is not a guy you push around a super smart player."

Tony meanwhile another ex-pat a ‘jungle doctor’, who once served as a member of elite Green Barrets in Vietnam and calls Palawan home finds Mayor Hagedorn to be perfect for the rough and tumble growing city on what was once Philippines’s wild west. "He fits the bill – shame it’s his last term."

Hagedorn’s way, as local expatriates on Palawan island call it won out – with a simple yet effective tactic. "So with the idea that this has a ‘Mindanao-style extortion’ flavor to it, the Mayor invited all the top local leaders – people who once lived on Mindanao island to a meeting at a large hotel, a free lunch and to talk about housing and working out problems they had." Tony told mikeinmanila.

"While at the meeting with the top leaders of this former Mindanao community, the Intelligence guys on signal from the Mayor placed a phone call to the cell numbers that made the threats and asked for the money….Ring..ring..ring during the meeting! Got you!" Tony laughs – "it’s so simple it worked!"

Hagedorn’s people said in a breifing to the local expatriates that "Turns out the owner of the cell phone is the former MNLF "Commander Cobra" ( Hiya Hassan) a former bomb builder from Mindanao..He was quickly arrested and away he went to some God forsaken place. The next day there he was confessing everything to the public…A simple stroke of briliance…" problem solved Tony adds the Hagedorn way.

"All the events were targeted at the tourist trade. The overtone was to slow or stop the tourist business on the island." another expat, a retired senior former US police investigator told mikeinmanila in an email. "After the Dos Palmas incident in 2001 committed by the Abu Sayyaf you almost did not see a foreign face here in Palawan for a long time." It was a hard time – but hard work led to Palawan bouncing back.

Now over 600,000 tourists so far this year are expected there. Bookings are high and largely because Filipino’s and Expats in the country know it has "Good stewards, who get the job done."

Local, National, and US help all worked together to rebuild

Palawan because of cooperation between local government and the Philippine Military and asistance from a friendly US Ambassdor Kristy Kenney bounced back.

Kenney made it a point to be photograghed on palawan – visting resorts – rebuilding ties and providing assistance to local government which now has perhaps the best CCTV and tourist police facilities in the Philippines. WESCOM the local Military facility

"Subsequently, what was a financial nightmare for those of us who relied on foreign tourist for their livelihood now see a windfall for sticking it out and investing here." A local foreign bar and tourist inn owner says adding, "Had I stayed in Europe I would be suffering the problems there – ok life is not perfect – but we have a good thing in Palawan." Claudio meanwhile a restuarant owner told mikeinmanila.  " They are good at catching the crooks – that’s great – now if they can just fix our need to have steady electricty! Life would be perfect!"

Robin Hood to Hero: Hagedorn shows anyone can change

People in the Palawan, who grew up there remember, in the 1980’s when Hagedorn was known as the small city’s tough-guy; many would call his past ‘colorful’ – there were times people would call him the ‘Boss’ respect earned not made up. Time Magazine once called him the Gangsta Mayor – a title he hates – but smiles saying in a way it was in the past -"The gangs were different more James Dean than todays gangs."

People more so his past led to a present few even himself could have forseen. A environmental champion, a defender of forrests and seas, a person people come to for help, true to the meaning of his name a ‘good provider’.

"Street smarts, it is what you need to be a good local leader, get the best people you can also to help – and nothing – with Gods help is imposible." Edward Hagedorn, the mayor of this city has a life that even hollywoods best script writers couldn’t invent.

"I was my mothers worst night mare, but I hope now, with God and the people’s help to make our people’s dreams come true." he says with a twinkle in his eye. For local expatriates in his city the Mayor remains the problem solver – who uses his past skills and present purpose to build a better place.

Hagedorn, has helped law enforcement solved a number of crimes, actively taking part in assitsting police in operations and investigations. "He is hands-on and good at helping us" his chief of Police says. "He follows the law and helps us impliment it."

His City Governemnt run baywatch, or coastal resource and management protection program, has more arrests and convictions versus illegal fishing than the entire national government of the Philippines. In forrest protection Puerto Princesa has the highest forest cover.

Waste management programs and other projects are all UN and US AID awardee’s.

The largest tourism growth levels in the Philippines, and one of the highest levels of domestic investment in the Philippines outside of the capitol region – all come from five core programs that have helped make Puerto Princesa effective.

"We set out to build a model city. I think we together are making it possible." Hagedorn, who is ineligible for running for reelection due to terrm limits has numberous offers from the corporate and national government for cabinet and other posts. "I’ve not decided if it were up to me I’d like to find a way to help continue making this place as good as it can be we shall see…" the mayor told mikeinmanila in a recent interview.