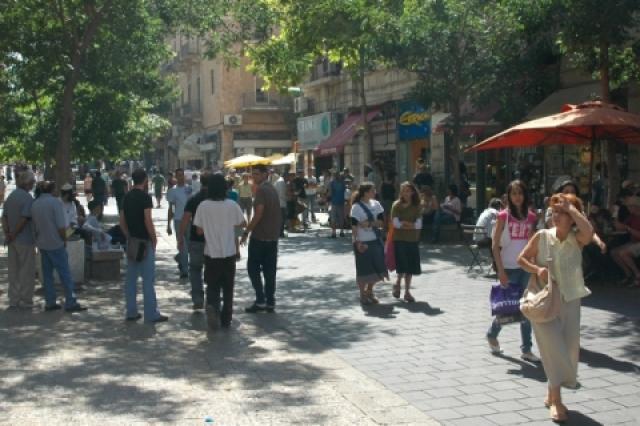 One week ago, in an effort to solve the escalating Gaza Crisis, the Palestinian Authority representative Abbas Zaki called for martyrdom operations.

In a Lebanese interview translated by MEMRI that aired on New TV 6 January, 2009, the Palestinian ambassador is quoted as saying "any is permissible".

"Currently, in light of what is happening to the children of Gaza, any martyrdom operation is permissible, I swear by Allah." (Video clip: MEMRI)

Zaki’s view was that "three or four" suicide attacks would have done it, and then "their women would have said to those sons of bitches: ‘Come home, we are getting killed here’."

At the time of the interview rumours were circulating that the two sides might be bought together under an "Egyptian Peace Plan", which could have included sending in soldiers into the warzone who were dedicated to keeping the peace.

In a BBC interview, the Syrian President Bashar al-Assad urged the process to hurry, suggesting the impact of war was actually worse than the war itself: "The effect of war is more dangerous than war. It is sowing the seeds of extremism around the region".

This is all in sharp contrast with the Palestinian ambassador Zaki who suggested martyrdom operations were not only the best strategic idea but also the Arab way: "Don’t forget we’re Arabs, we believe in blood vengeance. "

The revelation that someone on the Palestinian Authority’s payroll has called for suicide attacks on Israel comes as a new audio message, which claims to be from al Kwyada’s Osama Bin Laden, calls for Muslims to launch a Jihad against Israel.

In the 22-minute tape, during which the terrorist chief reassured the Palestinians in Gaza "we, the mujahideen, sympathise with you also", Osama took time out to put the blame for the invasion squarely on the Arab governments, who he argued were stopping their people from getting to the frontlines to "liberate Palestine" themselves.