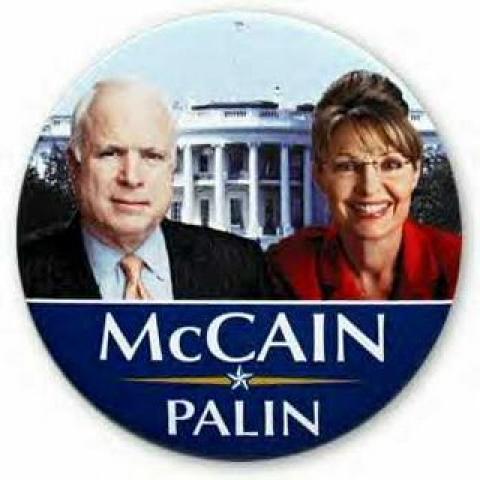 There is much talk among Republicans that perhaps Governor Palin should be president instead of John McCain. Recently, a bumper sticker was even developed which reversed the names on the ticket putting Palin at the top and McCain relegated to the bottom. This can only go to show that the presidential candidate must be careful as to whom he chooses as his running mate, because in some cases it may be that the vice president outshines the president himself. However, in this case it may be McCain’s strategy in that he can make up for his own weaknesses within the Republican Party.

After all, there were many in the Republican Party that really did not see McCain as a true Republican. Instead, he was seen as a RINO, (Republican in name only). On many occasions, McCain is seen to disregard the feelings and opinions of the Republican Party and its constituency, and has sided with the Democrats. Issues such as the McCain – Feingold bill and immigration show that McCain is not in line with much of the Republican Party. However, even more so, many seem to forget that McCain was part of the Keating five, who were responsible for the loss of millions of dollars, which in turn hurt thousands of people.

It seems that Governor Palin has become a refreshing reprieve from the normal politicians that we have all become accustomed to. These are the politicians, which reek of filth, dirt, and corruption. The sneaky politicians that you know do things behind the scenes that their constituents would not approve of and somehow their deeds never come out to see the light of day. I am not saying that Governor Palin is beyond reproach, only that, from what I have seen, she is relatively clean compared to other politicians. Recently, in the debate between Joe Biden and Governor Palin I could not help but like Governor Palin.

During the debate, Governor Palin had Joe Biden on the defensive the entire time. It was almost as if everything fell into her lap and from the smile on Palin’s face as Biden was talking it seems she knew it as well. Some might take this as smugness or even arrogance; however, I take it as confidence. Personally, given the choice between John McCain and Governor Palin, I would vote Governor Palin for president. Although, I am a Ron Paul supporter, I must say that if I have to vote for a Republican, I am not voting for John McCain. However, I will cast my vote for Sarah Palin for Vice President.