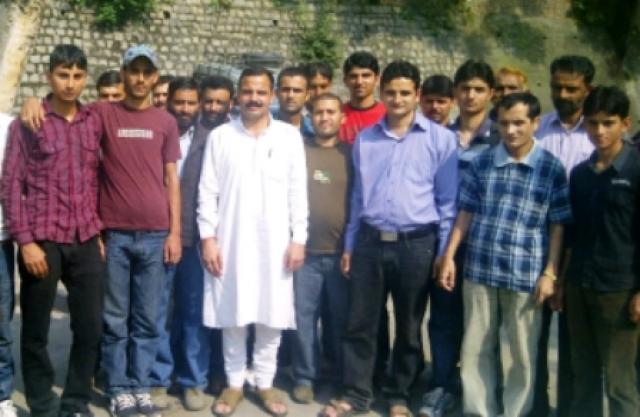 While addressing the party workers at Banihal, Ramban, Chander Kote, Krole, Batote & Chenani Mankotia said that its only the panthers party which fighting for the cause of poor, downtrodden, farmers and unemployed. He further said that separate assembly for province is only the solution to end the discrimination with people.

Deputation of SPO’s and VDC member met  Mankotia demanded for their regularising and appreciated the role of panthers party the way which they highlighted their issue in the assembly Later a deputation of national panthers student union met  Mankotia and demanded for drinking water supply and electricity provision for Ramban Degree College,  Mankotia immediately rang up Director College for immediately provision of both. Water supply and electricity with in one weeks time. Youth of Batote demanded for their adjustment in Leighton company,  Mankotia assured them that he will take up the matter with Leighton co. for their adjustment.

The people of the Banihal area highlights their various problems being faced by them including, scarcity of drinking water, due to less rain fall their is almost drought like situation in this area,  Rayaz Ahmeed (Raju)Youth Leader also demanded enhancement of the rates of  land being acquired by govt for propose of national highway weeding, he said that in Banihal the land rate is Rs.12.00 Lacs per kanal where as the govt is giving Rs. 2.30 lacs per kanal and just after crossing Jawhar tunnel in Kashmir the govt acquiring Rs. 8.00 Lacs per kanal which is highly objectionable.  Mankotia told them panthers party is already fighting for these issues in the assembly and on roads.