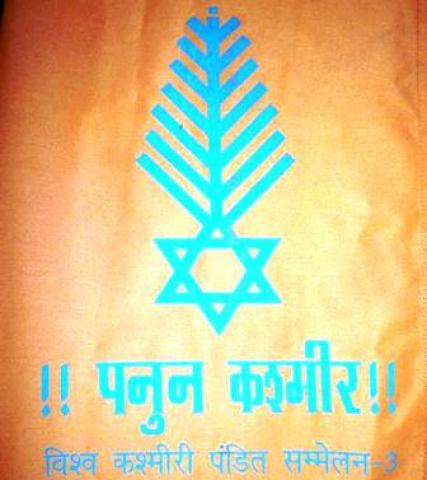 Jammu, December 25 (Vijay Kumar) –   PANUN KASHMIR on Friday rejects all recommendations of political nature of the Working Group and cautions the people of the State to rise to the occasion and protect their rights as the stake holders of the state of Jammu and Kashmir . PANUN KASHMIR was the front runner in exposing the duplicity of the government regarding the so-called silent diplomacy and expresses satisfaction that the nationalist forces have come forward to take this movement forward.

PANUN KASHMIR held a massive PROTEST DEMONSTRATION today against the submission of the recommendations of the Working Group–V on Centre-State relations. The demonstration was led by Ashwani Kumar Chrungoo, President, PANUN KASHMIR and Virender Raina, National Spokesperson. The protesters assembled at Dogra Chowk, Near Press Club, and shouted slogans against the Working Group and its recommendations. An effigy of the governments’ policy was also burnt by the demonstrators. The activists among others included Kamal Bagati, Prof. M.L.Raina, Vijay Qazi, Ravi Punjabi, P.K.Kaul, R.K.Bhat and Nanaji Dembi.

Virender Raina, National Spokesperson in his speech said that the proposal regarding doing away with the Article 356 of the constitution in regard to the is dangerous manure since J&K is a frontline state. In the event of an emergency, the Centre would not be able to invoke the provisions of the Article 356 and people of the state would be left at the mercy of the situation. The recommendations regarding the appointment of the Governor of the State by the Centre takes the state out of the constitutional organisation of and tends to create a State within a State. It would be important here to mention that great sacrifices were made by the nationalist people of this state for the territorial and constitutional integrity of J&K with the rest of and the said report tends to weaken the very essence of the emotional bonding of the people of with the J&K state.

Meanwhile J&K National Panthers Party has called for bandh (Strike)on Monday, 28th December 2009 against the anti-people report of V-Working Group headed by Justice Shageer Ahmed which is biased and deserves to be dumped into the dustbin without any further discussion.
Prof. Bhim Singh Chairman of JKNPP and Member of NIC in a strong appeal to the people particularly the youth and students and the political leadership of all parties has requested them to share the responsibilities for demonstrating the wrath of the people of Jammu and Ladakh in particular to a peaceful bandh on Monday 28th December 2009.  He said the people of have always supported the right cause at all time whenever we sought their support and solidarity against the draconian act of the authoritarian rulers of the state.  The Panthers Party Chairman appeal in person the leadership of BJP, Congress, Jammu State Morcha, Left parties and other social groups including Chamber of Commerce, Trade Unions, Bar Associations, Sangarsh Samiti, students and youth organizations and all those who share our view on the fraudulent report of Justice Shageer Ahmed to put their collective efforts to teach and central-State government a lesson forever.