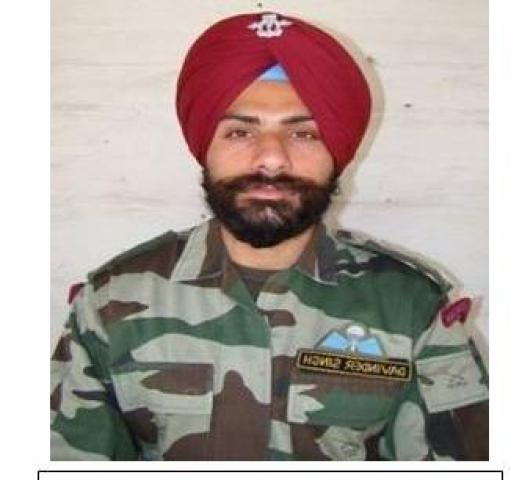 Jammu, February 24 (Scoop News) – Leading from the front, with scant regard to his own personal safety, Capt Devinder Singh Jass of Special Forces attained martyrdom while combating terrorists in Jammu & Kashmir on 23 February 2010. The officer, though a technical entry volunteered for the elite special forces and joined the unit one year ago.

He had come to know of the presence of terrorists in a couple of houses in Ganai Mohalla in Chinkipura Sopore and was establishing a cordon to prevent the terrorists from escaping when he came under heavy fire from the houses. With total disregard to his own safety, he went towards the houses from which fire was coming and killed one terrorist. Other terrorists opened fire and injured the officer, who later succumbed to his injuries. He was well loved by the men he commanded and the people of the Valley.

The officer leaves behind his elder sister, who is doing Post graduate studies in and his father and mother both of whom are proud of their brave sons achievements. The bravery of the officer in ensuring that the cordon was established and culmination of successful operations showed the highest professional courage and acumen in the best traditions of the Indian Army. He led from the front and succeeded in following Sir Phillip Chetwodes words inscribed on the portals of the .