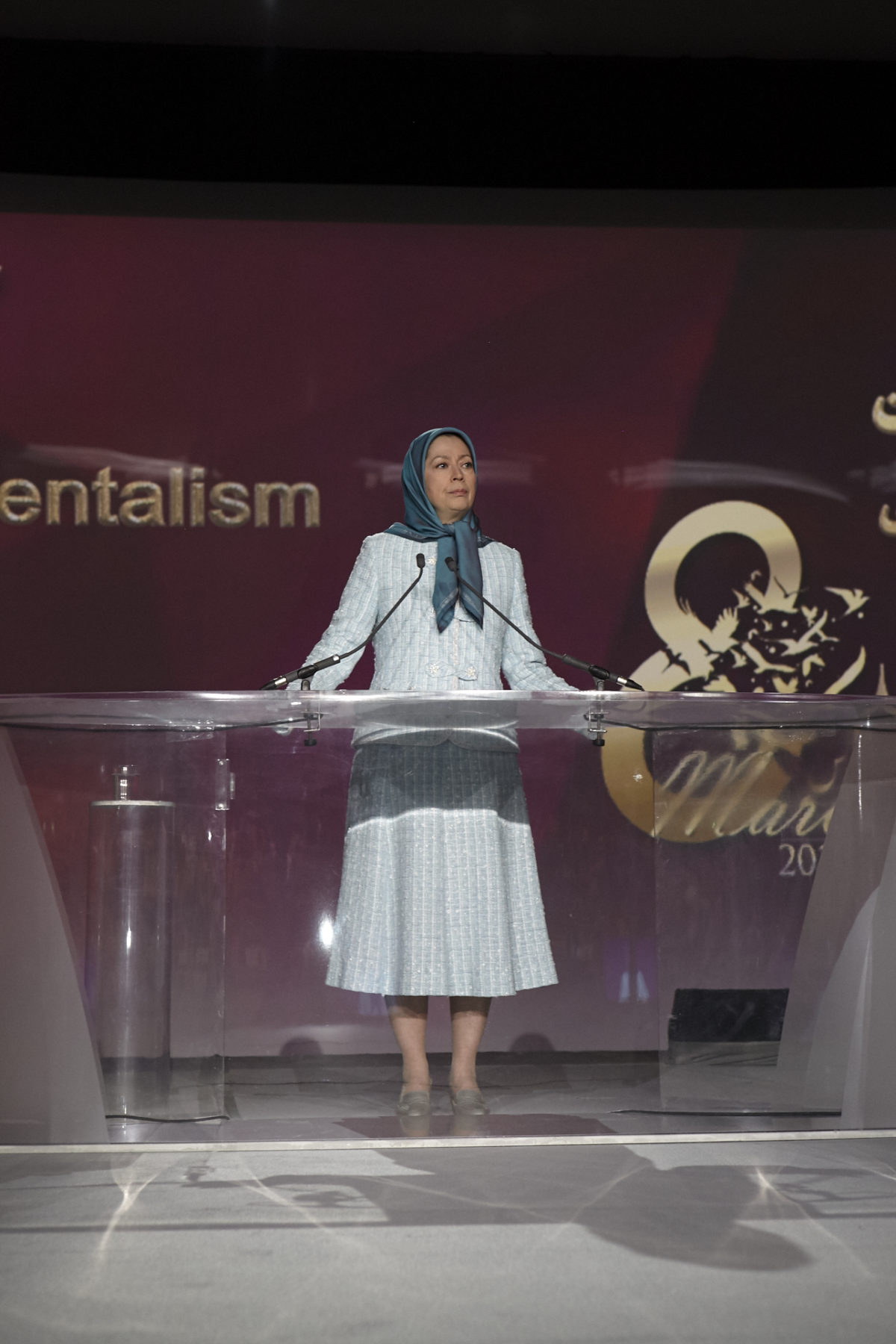 On Saturday, February 27, 2016, on the eve of the International Women’s Day, a grand gathering entitled, “Pledge for Parity: Women United against Fundamentalism” was held in the presence of the Iranian Resistance’s President-elect Maryam Rajavi and a number of political dignitaries, intellectuals, promi 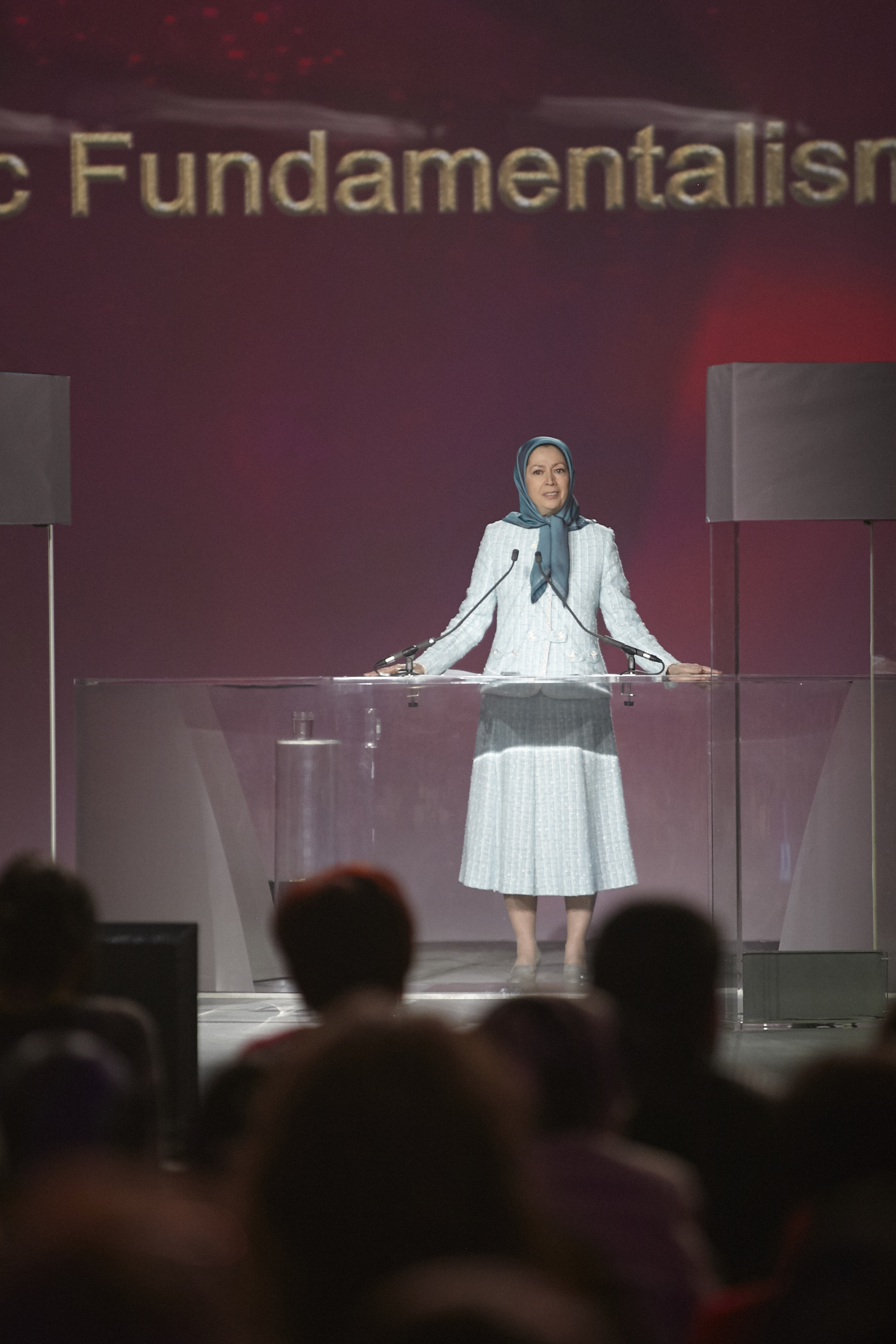 nent personalities, and activists of the equality movement from 26 countries and four continents in Paris Grande Arche of La Defense.

Mrs. Rajavi addressed the Iranian regime’s sham elections saying that what was held yesterday was not an election of people’s representatives. It was a competition between the incumbent and former officials in charge of torture, execution and export of terrorism; something that foiled the myth of moderation of the regime. 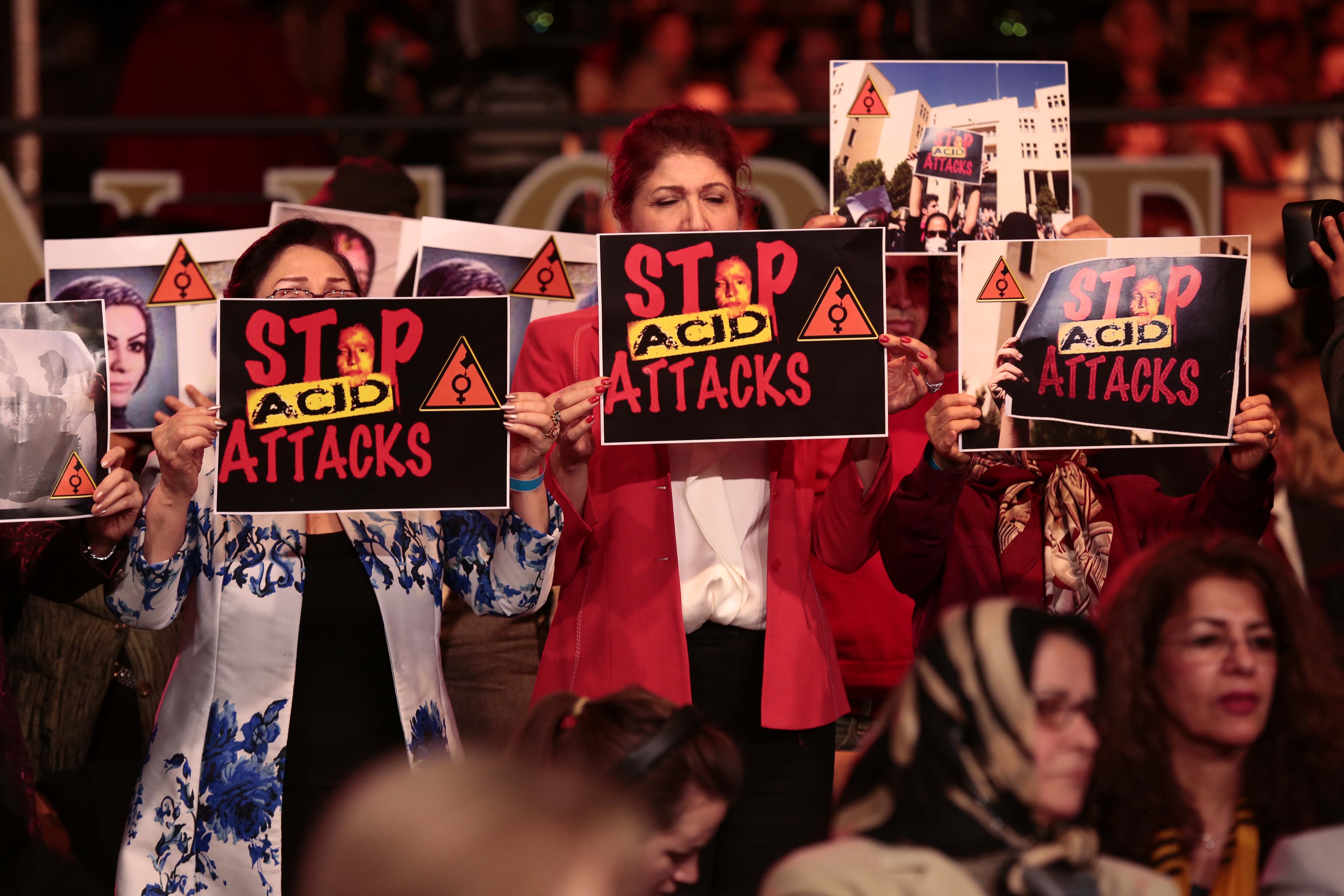 On Saturday, February 27, 2016, on the eve of the International Women’s Day, a grand gathering entitled, “Pledge for Parity.

Nancy Pelosi and Baroness Boothroyd, former leaders of the US Congress and UK House of Commons respectively; Loretta Sanchez and Judy Chu, US Congresswomen; and prominent French anthropologist and writer Françoise Heritier sent messages to the conference.

The speakers discussed ways of confronting Islamic extremism as the world’s main challenge. Pointing to the successful example of the Iranian Resistance in realizing women’s equality and pioneering role in all areas of struggle against fundamentalism, they stressed on Mrs. Rajavi’s leadership.