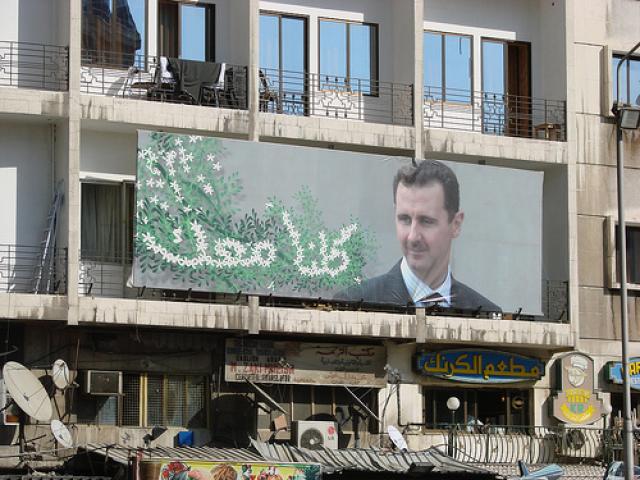 President Bashar al-Assad’s upcoming visit to Paris offers Damascus a chance to play a key role in a French project to forge an association of Mediterranean states, analysts say.

The July 13 meeting will be the highest-profile diplomatic visit Assad has made since Syria began indirect peace talks with Israel and accepted the Doha agreement which ended six months of political deadlock in Lebanon.

French president Nicholas Sarkozy is hosting the Paris meeting to push for a new Mediterranean Union which would create stronger political, economic and cultural ties among the countries around the sea rim, including enemies like Syria and Israel.

Sarkozy cut official contacts with Damascus following the assassination of former Lebanese premier Rafiq Hariri in February 2005, for which many blame Syria. However, the French-Syrian relationship has warmed in recent months.

“This is an invaluable opportunity for Assad to improve his relations with the West, particularly France," said a European diplomat in Damascus.

He added that “Sarkozy too will benefit from the visit", explaining that the French president is keen to play a more important role in the Middle East.

A Syrian analyst on international relations commented, “France wants to play a role in the Middle East, but this role can be played only through Syria, which is crucial to the Middle East.”

In an interview published in the French newspaper Le Figaro on July 8, Assad said he would welcome any moves by Sarkozy to "support directly" the Israeli-Syrian peace process.

Observers will be watching Assad’s performance at the summit for signs of a greater willingness to moving ahead with peace talks, and also for his view of the proposed Mediterranean Union. The diplomat said France wants to muster as much support as possible for the union. While there are few concrete details about the grouping, Sarkozy has suggested that member states might cooperate on energy, security and immigration.

Mazen Darwish, head of the Syrian Centre for Information and Freedom of Expression, said Damascus will be a key player at the summit, not least because some Arab nations such as Algeria, Libya and Egypt are lukewarm about the union or oppose it.

Darwish predicted that Syria would lend its backing to the French initiative.

"At the very least, Syria will play a role by increasing the number of [countries signing] the agreement," he said.

Damascus is now trying to cast itself as regional peacemaker, and placed itself in a stronger position to build bridges with the European Union by assenting to the Doha agreement and the subsequent election of Michel Suleiman as Lebanese president, Darwish said.

Assad’s visit will not be without controversy. Due in Paris for talks with Sarkozy on July 12, he will stay through Bastille Day on July 14. But a spokesman for the French president clarified this week that Assad would not be a guest of honour at the national celebrations. French foreign minister Bernard Kouchner said last month that he was "not amused" by Assad’s visit.

The Damascus Declaration, a Syrian opposition group, has announced plans to stage a protest in the French capital opposing Assad’s visit.

“Sarkozy is flagrantly ignoring the legacy of the French Revolution and the democratic values that characterise the French state through an illusion that he is calling the Mediterranean Union,” said Tammo.

Syria News Briefing, a weekly news analysis service, draws on information and opinion from a network of IWPR-trained Syrian journalists based in the country.