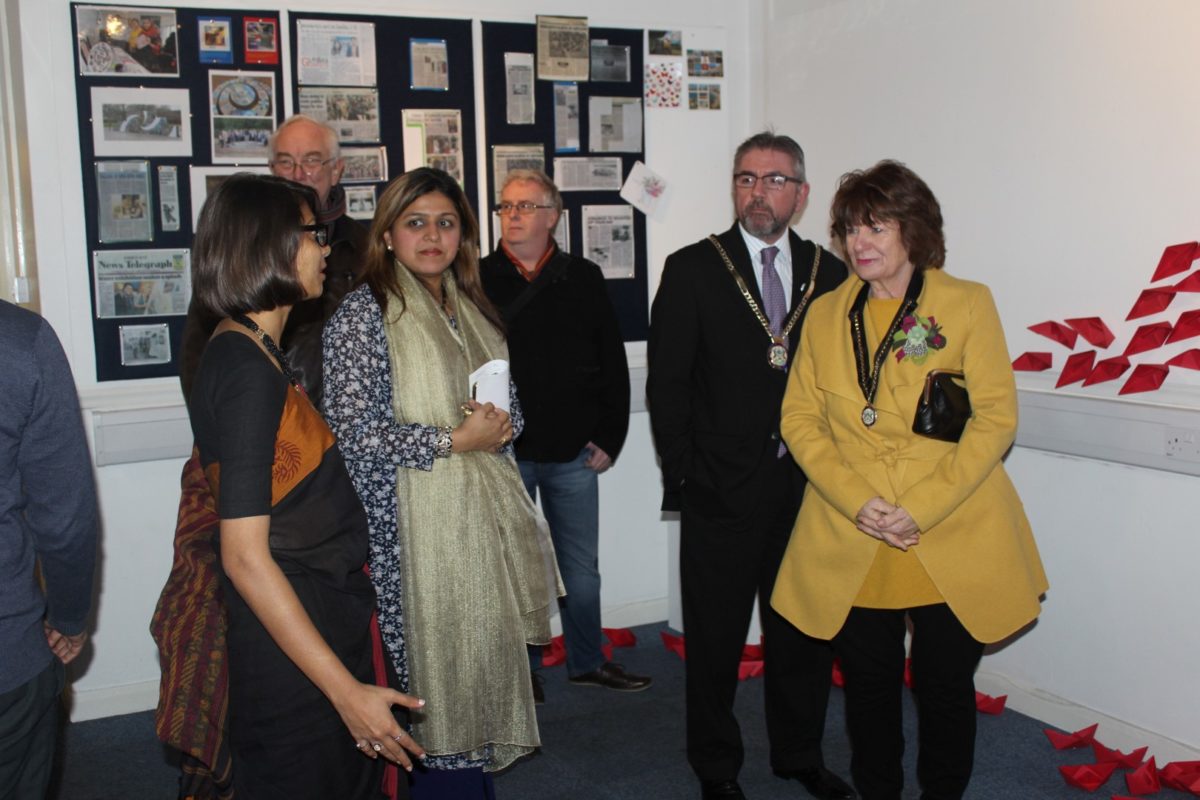 BLOODY BOATS – A war of survival in midst of the land and water!!

Akshata Naik was invited by the Artcore gallery to unveil her recent works. The Artists work revolves around making a strong remark on the sensitive issues of the Syrian civil war and migration. She addresses in her work the poems by the Syrian war poets in relation to the visuals that she works with. She is put up a large installation of 1500 paper “bloody” boats which goes all over the walls, ceiling and the floor which allows the viewer to involve and interact with the artwork. The artist herself was engaged in a live performance during the opening at Artcore gallery on 26 th January 2016 which also to mark the important day in India as it was the Republic day.

Amongst the special guests were Deputy Mayor Cllr. Mark Tittley & Deputy Police and crime commissioner Mr.Hardyal Dhindsa. “It’s the last words of a three year old Syrian boy; I will tell GOD everything that struck me hard. The sensitivity and insensitivity of life through something as fragile as a boat made of paper that people are struggling to breathe in middle of the water and land. It’s been a year that I was working on these artworks only to put them together so strong where the viewers could enter and hold on to their thoughts along with mine while the time freezes as they experience the works themselves.” says Akshata.

Akshata looks to initiate the process of connecting her works to the audience in the UK through her exhibition at Artcore, Derby, UK as UK is a portal embracing the migrants from around the world and have been the fore runners in offering all the support to migrant communities. The show will stay in UK till 26 th February 2016 post which she is looking to exhibit her works in India. She also said that the 50% proceedings from the sales will be donated to the charities working towards refurbishing Syrian refugees.