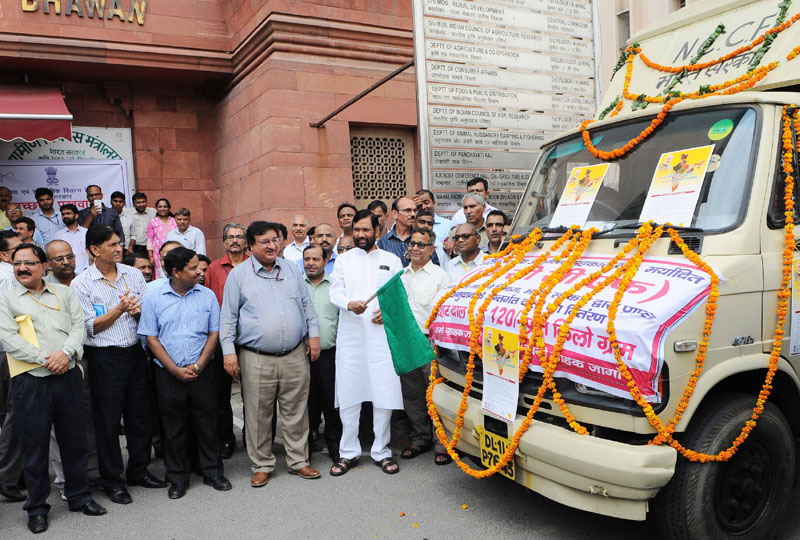 ‘Pulses Production Will Get Desired Boost’

Briefing the media on the occasion, the Minister said that Government has procured about 1,46,000 MT pulses for buffer stock. State Governments have been urged to take the pulses from the buffer stock and sell them not more than Rs. 120/kg to ensure availability at reasonable prices. He expressed the hope with the recently increase in the MSP and expected good monsoon pulses production will get desired boost.