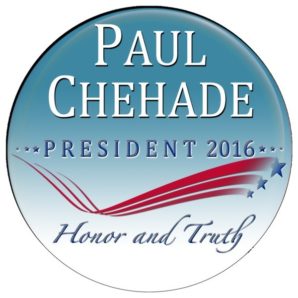 The United States is in war with the Islamic State, also known as ISIS or ISIL consider violence be part of their ideology. For Al Qaeda, violence is a means to an ends; for ISIS, it is an end in itself.

We need to manage not just our expectations. Our rhetoric, too, matters more than we think. When we declare that we will defeat ISIS, what do we mean? What is a sufficient condition to declare victory? Unless we define that condition, we risk involving ourselves in yet another unending conflict.

The problem begin when The United State regime change policy in Syria was directly responsible for the rise of ISIS over these past three years.

The neocons who want us to get tougher on ISIS, including a US attack on Syria, are the same ones who not long ago demanded that we support groups like ISIS to overthrow the Assad government in Syria. US-trained and funded “moderates” from the Free Syrian Army joined the Islamist militias including ISIS, taking US weapons and training with them.

The people in United States and in Europe who left home to join forces with ISIS are mentally imbalanced. These people don’t have religious knowledge, so their understanding is shallow and they are completely incorrect.

Most of their supporters, including European and American recruits to Syria and Iraq, will die on the battlefield, but al Qaeda’s ideological sympathizers typically also turn their attention to building cells that can attack Western targets, as we have witnessed in Indonesia, Yemen and the tribal areas of Pakistan.

That Saudi Arabia is considered a suitable place to train Syria’s future leaders must be some kind of sick joke. While ISIS was beheading two American journalists – as horrific as that is – the repressive Saudi theocracy was beheading dozens of its own citizens, often for relatively minor or religious crimes.

There are 200 million people bordering the countries where ISIS is currently operating. They are the ones facing the threat of ISIS activity and expansion. Let them fight their own war, rather than turning the US military into the mercenary army of wealthy Gulf states. Remember, they come over here because we are over there. So let’s not be over there any longer.

Military Tactics Against ISIS Aren’t Enough, the problem is that even if you defeat these ideas militarily by killing the people, if you don’t defeat the ideas intellectually, then the ideas will re-emerge.

Americans now face two conflicts in places they can’t even find on the map.

I hope the Americans understand the Jewish, Christians, and Muslim faith are based upon peace and we must respect each other independent of religion.

President Obama promised that airstrikes alone would “degrade and destroy” ISIS, but then we have got to worry about what comes next.