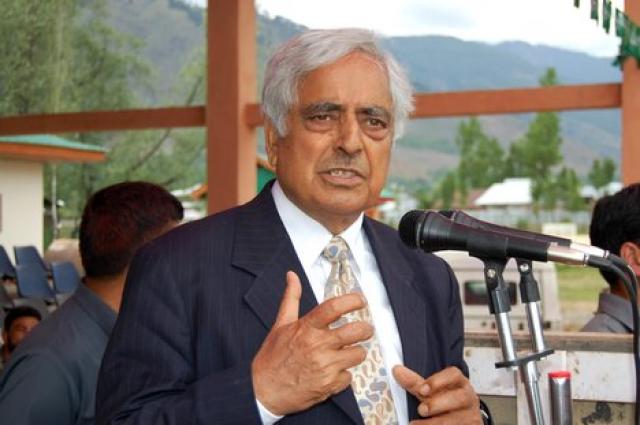 Addressing about 4500 auto drivers of Jammu Auto Drivers Association at his residency today after their joining in party fold, Mufti assured them about highlighting their issues on relevant forums. He said that PDP has pioneered political and economic agenda for establishing ever lasting peace in the state.
Senior PDP leader, R. K Pardesi while addressing conveyed party chief that he was in touch with auto association for more than a month and only after watching the positive political, social and economical developments being carried forward in right direction prompted them to join in the party fold.
Pardesi also informed that auto union would be organizing a mammoth rally in the days to come to rove their dedication towards the PDP and its ideology.
Chairman A. K Verma, President S. K Sharma and General Secretary Neshi Kumar of Association also spoke on the occasion and expressed full faith in the leadership of Mufti and his daughter Mehbooba, President of Party. They said that after completing the formalities of membership drive launched by party they will exhibit strength rally in Jammu.
Filed under: Politics, World
Share Tweet Pin G Plus Email
previous article: 2012 Ford EcoSport – Thoughtfully Designed
next article: No need to get panicky of Earth quake warning: Renzu Shah