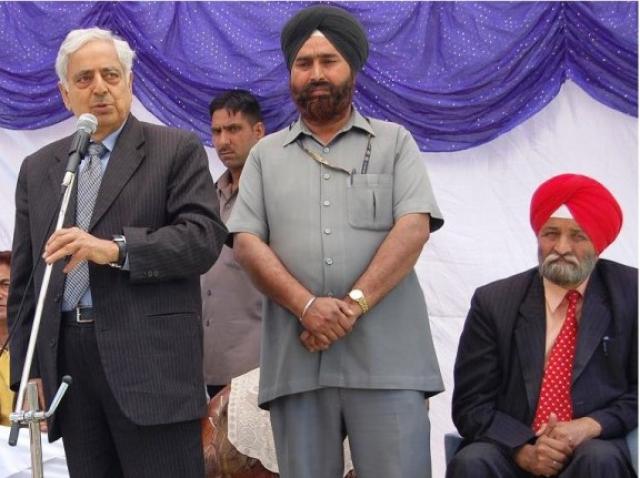 , February 15 (Scoop News) – Former Chief Minister Mufti Mohammad Sayeed today assured the various delegations that PDP would take up their issues in the coming Assembly session to force the government to take some effective steps to minimize their woes.

Delegations from Banihal, Mahore, Poonch and Doda today called on Mufti Sayeed and apprised him of the problems being faced by the people of their respective areas.

The delegation of Banihal, while interacting with Mufti Mohammad Sayeed demanded completion of the roads in their areas. They regretted that developmental works, which was started during the tenure of Mufti Mohammad Sayeed, have been stopped without any reason. The delegation also demanded that un-electrified villages of Banihal should be electrified under Rajiv Gandhi Gramin Vidhutikarn Yojna. They also demanded a polytechnic college, AMT school and degree college in some areas.

Another delegation from Mahore while highlighted problems of their areas, demanded construction of road connection their district with . Former Chief Minister was also informed about the poor condition of the health sector.

Delegation from Poonch and Doda also interacted with Mufti Mohammad Sayeed and apprised him of the problems being faced by them due to mis-goverance.