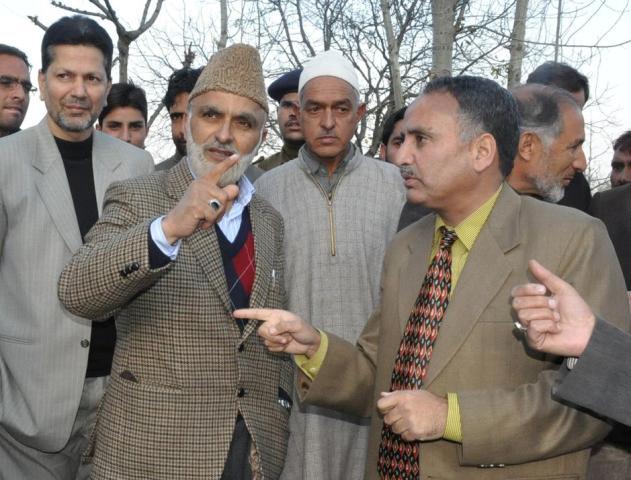 Khag Beerwah/Srinagar,November 20 (Scoop News) – Asserting peace is essential for the overall development of the state, Minister for Rural Development and Panchayats, Law and Parliamentary Affairs,  Ali Mohammad Sagar today said that the forces inimical to the same are the real enemies of the people of the state.

The Minister was addressing a series of public gatherings at Khag Beerwah in the Budgam district today. He was accompanied by the district Development Commissioner, Budgam,  Mohammad Rafi, Director Rural Development, Kashmir,  Jehangir Mir and senior other officers of the district administration.

Sagar while referring to the unrest witnessed by the valley during the last few months said that the losses suffered by the people on various sectors like economy, education, tourism are colossal and it would take decades to compensate for the same. He said that it is unfortunate that innocent lives have been lost during the unrest and we fully share the pain experienced by their families and the people who are bent on plunging the state into chaos of confusion are directly responsible for the loss of human lives and other things witnessed during the time.

The Minister while appealing the people to come forward and help the government in restoring the peace and implementation of various developmental activities undertaken said that by doing so they would be effectively contributing their bit which forms the basis of any democratic setup. He said that the government is aware of the problems being confronted by the people living in rural and far flung areas for the redressal of which several welfare schemes have been launched.

Complimenting the officers of the Rural Development for their proactive role in the implementation of the MG NREGA scheme, the Minister said that the state has been declared as one of the finest state in its implementation.